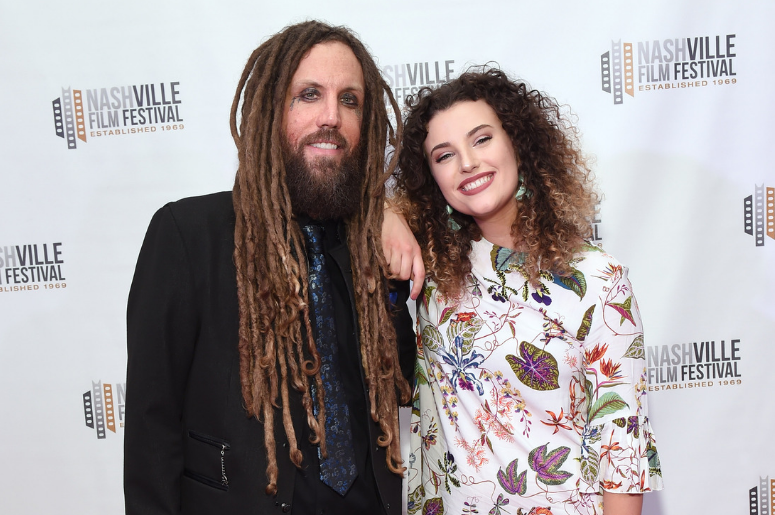 Korn is officially back with their first new music in three years. With a massive co-headlining tour spanning the country and a full album due in a just a few months, they're continuing to hold the title of one of the biggest rock bands in the world.

Despite being part of what could very well be the last wave of big rock bands, the nu-metal icons have driven a road to success filled with bumps. Some so turbulent, Korn almost fell apart.

“It’s like, ‘if Brian, and Jennea, and the Korn guys can get through their mess with rock-stardom and excess all at their fingertips, then my family can definitely get through their issues,’” guitarist Brian “Head” Welch tells RADIO.COM of the message of hope held by documentary Loud Krazy Love.

The intense, complex, and fully remarkable Showtime film follows Welch’s struggle to balance his two worlds. Daughter Jennea Welch bounced between households as her rockstar father traveled the globe and produced groundbreaking music, all while quietly battling addiction. Dark times spanned from Jennea’s childhood and through to adolescence as she and her father grappled with largely parallel issues: the music industry, an absent mother, and everything in between.

“I cared about love, and just being happy. I lost both of those things going through the music industry,” Welch reflects after proudly explaining his parents have been married for over 50 years. “It’s almost impossible to keep a marriage together while you’re touring, especially with substance abuse mixed into it. That’s all I wanted, and I lost the experience of love and happiness.”

Welch eventually left Korn to deal with his addiction without the added weight of the music industry. In a moment of what the film portrays as clarity driven by his newfound faith, Welch emailed the band the news before promptly giving a press conference. A full seven years passed before Welch felt both he and the band had grown enough to attempt a reunion.

“There was no hard drugs going around. No raging alcoholics, no cocaine, none of that was backstage. But, on top of that, the egos were gone,” Welch stresses of the changes that encouraged his return to Korn.

“The singer breaks down and cries, I just saw a humility that I haven’t seen in years,” he recalls of Jonathan Davis' reaction to their legendary Carolina Rebellion reunion performance. “He just hugged me and he said, ‘If that’s the last memory I have with you in the band, then it’s cool. Thank you for giving me that memory.’”

“He lost who he was big time, and so I saw that guy again,” Welch explains of Munky’s recovery from a place so low he recalls him as a previous “raging alcoholic.”

Korn is back and as tight as ever before. THE NOTHING is due September 13- a Friday the 13th release that’s incredibly fitting for their 13th album.

Jennea, now just around the corner from her 21st birthday, is using her experiences as fuel for an incredible cause. “I’m just watching my daughter thrive and share her story. She just wants to help these kids through their hard issues, through their self-hate and self-harm,” Welch praises.

Listen to the full interview below, and click here to watch Loud Krazy Love.

Mental health and addiction issues are very real -- and you are not alone. If you or anyone you know is struggling with depression or in distress, the National Suicide Prevention Lifeline provides free and confidential emotional support 24 hours a day, 7 days a week: 1-800-273-8255.