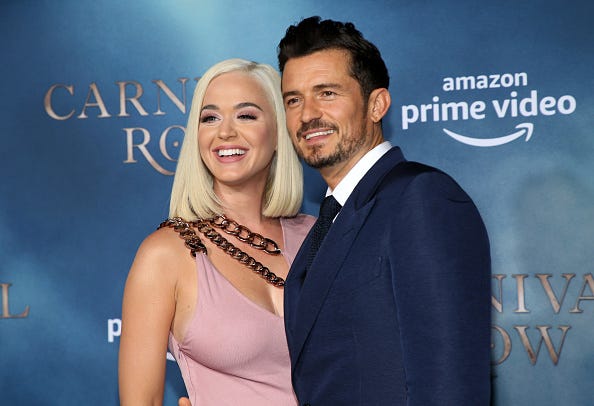 Katy Perry is a mental health advocate, but she hasn’t overcome her struggles alone. The singer is opening up on how Orlando Bloom has helped her through her own battles, all while handling his, too.

In an interview with Vogue published Thursday, Perry revealed how down she was feeling right around the time her fifth album “Witness” was released between 2017 and 2018.

“I became depressed and I did not want to get out of bed. In the past, I had been able to overcome it, but this time something happened that made me fall down too many flights of stairs. I had to really go on a mental health journey,” she said.

She reveals that her transformation wouldn’t have happened without using the proper tools as well as the help from her partner, Bloom.

“I’ve gone to therapy, been through the Hoffman Process, done plant medicine,” she said. “And I have a partner who is also all about finding a balance – Orlando, who is on a spiritual journey of his own. He’s an anchor who holds me down, and he’s very real,” she said.

The “Firework” singer revealed that ever since she first met Bloom, they’ve been devoted to helping each other on their healing journeys. “When we first met, [Orlando] said we would pull the poison out of each other, and we really do. It’s exhausting, but we really hold each other accountable,” she revealed.

“I’ve never had a partner who was willing to go on an emotional and spiritual journey like Orlando,” Perry said. “It’s challenging, because you’re facing all the things you don’t like about yourself. It’s like a never-ending cleanse.”

And despite Perry and Bloom’s hectic work schedules, they still find time to do the work and spend time with their family.