Of all the stories to come out about Kobe Bryant in the wake of his tragic death, none, perhaps, shed a light on Bryant's relationship with Michael Jordan quite like this one from Michael Wilbon.

By the time Bryant entered the league as a 17-year-old in 1996, Jordan was already a four-time NBA champion with the Bulls, and had just returned to the mountaintop, winning his fourth title in his first full season back from early retirement, with Chicago beating the Seattle Super Sonics 4-2 in the 1996 NBA Finals.

As prodigy and student of the game himself, Kobe was "fascinated" with Jordan, Wilbon – the longtime NBA writer/analyst – told 106.7 The Fan's The Sports Junkies on Tuesday.

"Michael has described Kobe, I think in his statement that he issued on Sunday he used the words 'little brother,' I think," Wilbon said when asked to describe their relationship. "Even if he didn't use them, I know that was the relationship. And Kobe was as fascinated with Michael Jordan as the rest of the world was with Michael Jordan, especially during Kobe's early years.

"I mean, he talked to Michael all the time. All the time. And Kobe would get teased about it, and people would say, 'My God, his post-game cadence sounds like Michael.' And maybe it did. I mean, every thing Jordan did, Kobe sort of... I'm not gonna say he studied, because I don't know that it was conscious, but yes, on and off the basketball court."

Indeed, the statement Jordan issued regarding Bryant's death supports Wilbon's characterization, saying Kobe "was like a little brother to me."

"I am in shock over the tragic news of Kobe's and Gianna's passing," Jordan said. "Words can't describe the pain I'm feeling. I loved Kobe – he was like a little brother to me. We used to talk often, and I will miss those conversations very much. He was a fierce competitor, one of the greats of the game and a creative force. Kobe was also an amazing dad who loved his family deeply –and took great pride in his daughters' love for the game of basketball. Yvette joins me in sending my deepest condolences to Vanessa, the Lakers organization and basketball fans around the world."

"And it's so funny," Wilbon continued. "I mean, Kobe knew that I had covered Michael and he knew that I was one of those people – this is like LeBron, just 20 years ago, 15 years ago. I was never gonna say that Kobe was as good as Michael Jordan. I just wasn't going to say it or write it publicly. And I would say, 'No. I think he's one of the – I don't know – five or six or seven best players ever in the history of the league. I wasn't going there.'

"And it was such a thing, it was like this whole thing with the G.O.A.T. with LeBron and Jordan now. But after some games where Kobe would have a 45-point game or something – something incredibly spectacular – if I was at the game, Kobe would come over and he'd like bump me or elbow me, and he'd lean over, where only I could hear it, and he would say, 'What was your boy doing tonight? Would your boy like that game? What was your boy doing? Did your boy have a better game than me tonight?' It was with a smile and it was something, it was like just a little game."

"He loves Jordan," Wilbon said. "And he didn't want anybody to hear it because he knew what he suspected, (that) people would take it the wrong way, and that this was mocking. And it wasn't. It was anything but. And I could discuss it with him. I tried to, I said, 'Let me write about this. Let me talk about this.' At the time, he's like, 'No, no, no. No. I'd get killed.' 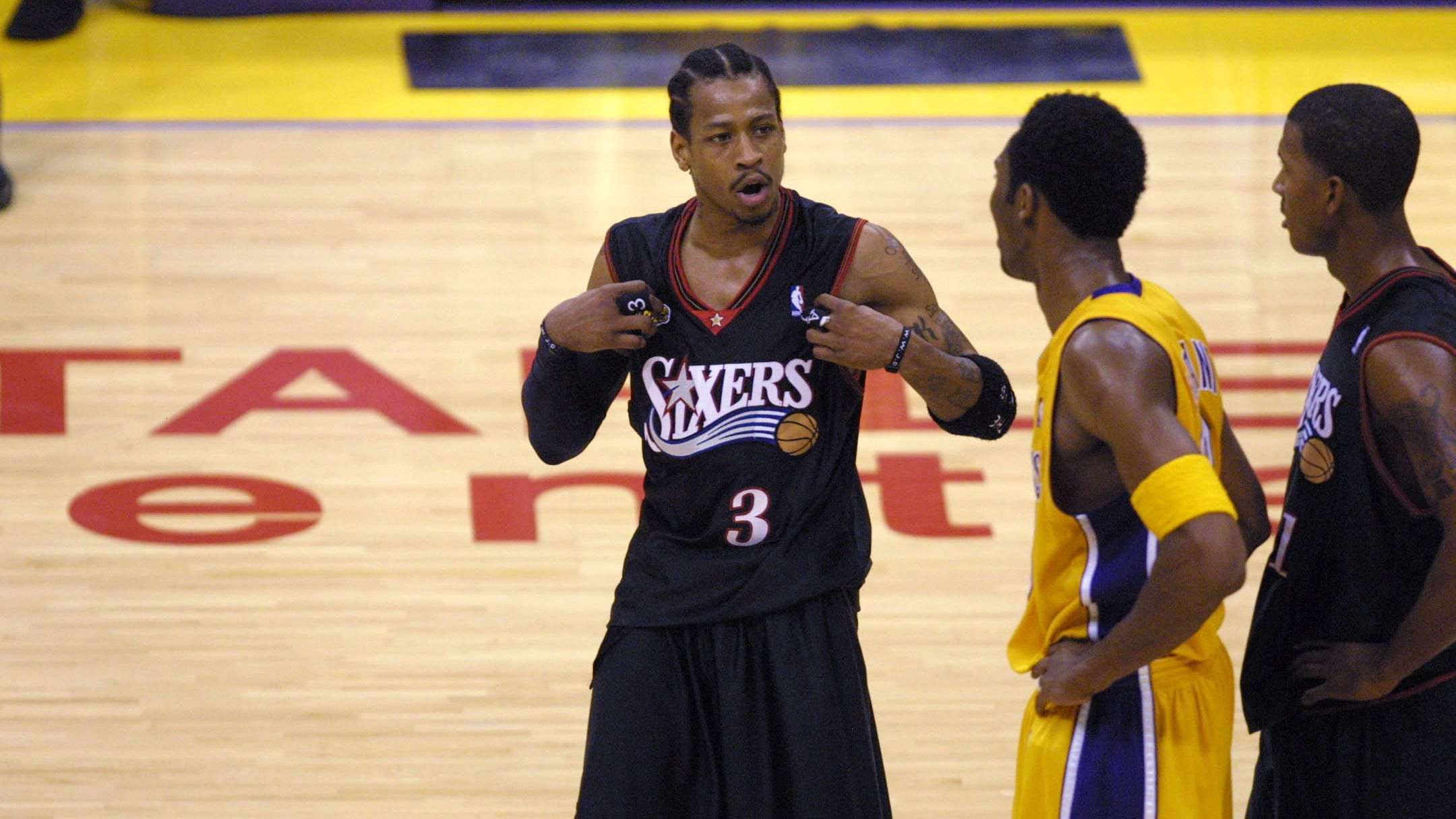 "But it was funny, it was just a little thing," Wilbon went on. "And people would ask me if they'd saw, that they were like, 'What is Kobe saying to you?' I'd make up some small tale. But he loved Michael Jordan. He loved him. And... they were close. There's no other interpretation that you should ever believe other than... I mean, he wanted to come play...

"I think, when he talked about playing in Chicago, why did he want to be traded to the Bulls? Because that's where his idol had played. And so I know that this has hit Michael as hard, if not harder."

"You know, their families were close – at least, the two men were close to each other's families," he said. "And Michael's got two young daughters now. I forget how old they are, but we're talking single digits. And the whole thing is just... we keep going back to the word unthinkable. And that's what it is."