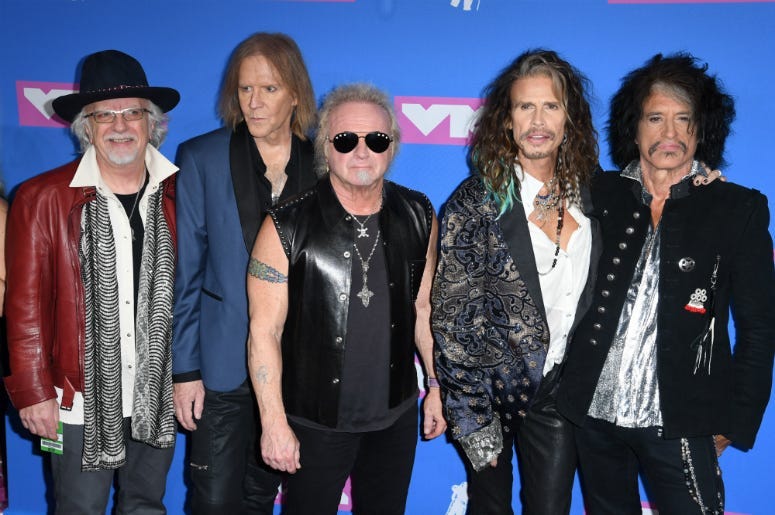 That's pretty much what happened last night (Friday 1/24/20) at the L.A. Convention Center where Aerosmith (including ousted drummer Joey Kramer) were honored as the 2020 MusiCares Person Of The Year.  The whole band took the stage to accept the award.  In case you hadn't heard, Joey Kramer sued the band after not being invited to play at the Grammy's (tomorrow night).  He wasn't on stage last night when Aerosmith played "Big Ten Inch," "Dream On" and "Sweet Emotion."  The band is celebrating their 50th anniversary of (mostly) being together this year.

Things have gotten pretty ugly recently with Joey Kramer apparently having to audition for the band after taking a leave of absence (they said he lacked energy).  Joey tried to sue the band: forcing them to allow him to play the Grammy's (but the judge said no).

Dina LaPolt, Aerosmith's entertainment lawyer, introduced the band at the event by saying, "They are brothers.  They refer to each other as brothers and they even fight like brothers."