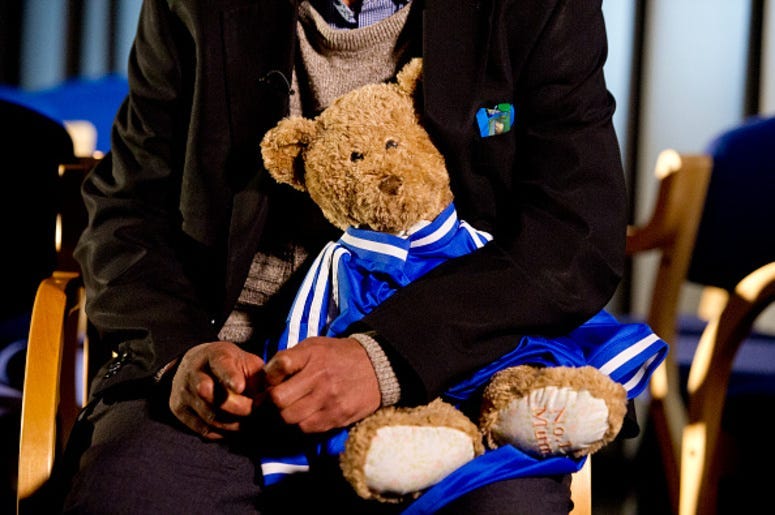 Stephanie Reid shared the video of her husband, John Reid opening a gift from his late teenager's heart transplant recipient. The Reid’s son 16-year-old Dakota Reid, passed away last year January 25, 2019. He was pronounced brain dead after suffering injuries in a car accident.

Dakota’s father decided to donate his son’s organs. The donor who received his son’s heart was 69-year-old Bob O’Connor.

This month the Reid’s received heartwarming package from O’Connor. Inside was a teddy bear rocking a blue sweater with the words “Best Dad Ever.”  The bear held the recording of Dakota’s heartbeat.

Reid tears up as he holds the stuffed bear near his ear to hear his son’s heartbeat once again.

The Reid’s hope the video raises awareness on organ donation and hope to meet O’Connor in person someday.