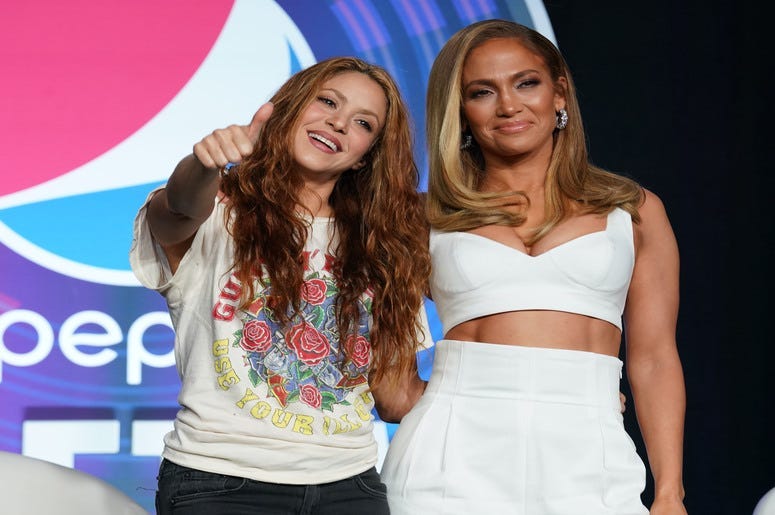 Everyone is counting down the days for Super Bowl LIV.  The two Latina superstars Shakira and JLo spoke about their upcoming performance at the Pepsi Super Bowl LIV Halftime Show at a press conference in Miami.

They mentioned a few things they would have in store without giving away any spoilers. They mentioned they feel grateful for the opportunity to show their music.

There has been speculation that JLo’s 11-year-old twins will join her in their performance. She responded, "I don't want to give away too many secrets of what we're going to do in the performance.”

Lopez expressed how both artist felt after they finished their first run through. “Shakira looked at me. She was like, 'That was amazing!' And I was like, 'No, you were amazing!' She was like, 'It's different what we do.'"

Spectators should expect a lot of energy and entertainment. There will be some heartfelt moments as they remember and honor Kobe and celebrate life and diversity. Both JLo and Shakira had ties to Kobe through their significant others. Kobe was a fan and friend of Shakira’s soccer star husband Gerard Pique. Alex Rodriguez also had a great friendship with Kobe. They were very close.

During the press conference, the stars also took advantage to “practice” throwing the ball around.

Put me in, coach! 🏈 #SuperBowlLIV