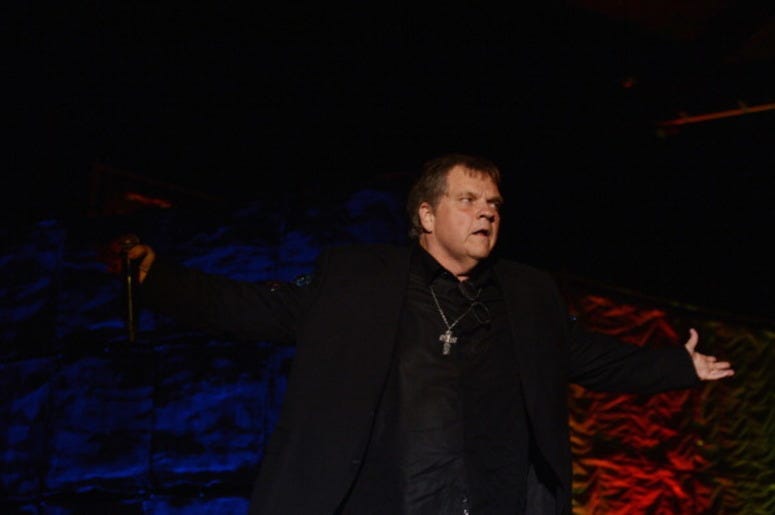 Back in May of 2019, the internet laughed as video surfaced of singer Meat Loaf falling off the stage at an event in Texas. Well, that viral moment is no laughing matter for the rock icon, as he is now suing hotel operator Hyatt in Texas state court. The lawsuit was filed on Monday, as Meat Loaf is claiming the fall has caused an inability to perform music anymore.

#BREAKING: Dallas-born rock singer @RealMeatLoaf sues @Hyatt in state court, claims he fell off the back of a stage at a May horror convention at @DFWAirport, is unable to perform anymore due to serious injuries, 42-day hospitalization. Story forthcoming on @CourthouseNews

According to Meat Loaf’s lawsuit, his fall back in May resulted in a 42-day hospital stay and continuous physical therapy. The lawsuit claims he “sustained serious injuries to his neck, collar bone and shoulder and was taken away by ambulance,” due to the stage creating a “hidden hazard.” The fall occurred during Texas Frightfest Weekend at the Hyatt Regency DFW at Dallas-Fort Worth International Airport.

Meat Loaf will be represented by attorneys Charla Aldous with Aldous Walker in Dallas. “Meat Loaf has been unable to return to performing, causing him to sustain significant economic loss,” claims the lawsuit. The fall may have gone viral last May, but the worst of it may not be over just yet.