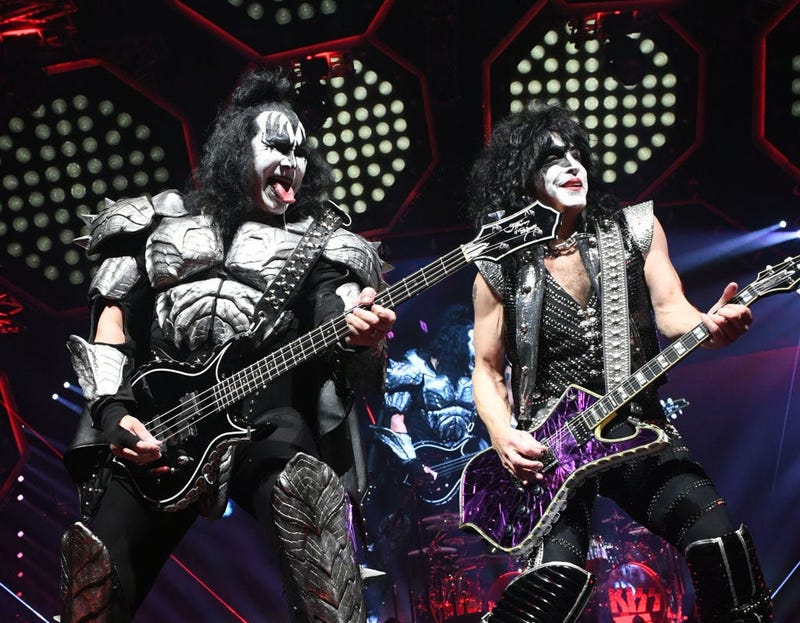 Sometimes you just got to keep on rockin’.

When performing in a cover band you’re obligated to take on the role of some of the most iconic rock stars, and like every great performer the show must go on.

A KISS cover band was performing for a large crowd in Sioux City, Iowa over the weekend. Just like a real KISS concert the band had pyrotechnics go off. During ‘Detroit Rock City’, some sparks landed in the guitarist’s hair and caught fire. Bobby Jenson, who was dressed as a Paul Stanley kept on playing as though nothing had happened. Meanwhile, stagehands raced to the stage to put the fire out.

Video from the show has since made its rounds on the Internet. The real members of KISS saw the video and contacted Bobby to make sure he was okay. Jenson told Ultimate Classic Rock that the band was shocked by his reaction to the whole situation.

“My friends in KISS got a hold of me already, and asked me if I was alright. They saw the video, they said, ‘Hey are you OK? F*** man, you just stood there and kept on singing.”

Check out the video from the show down below.