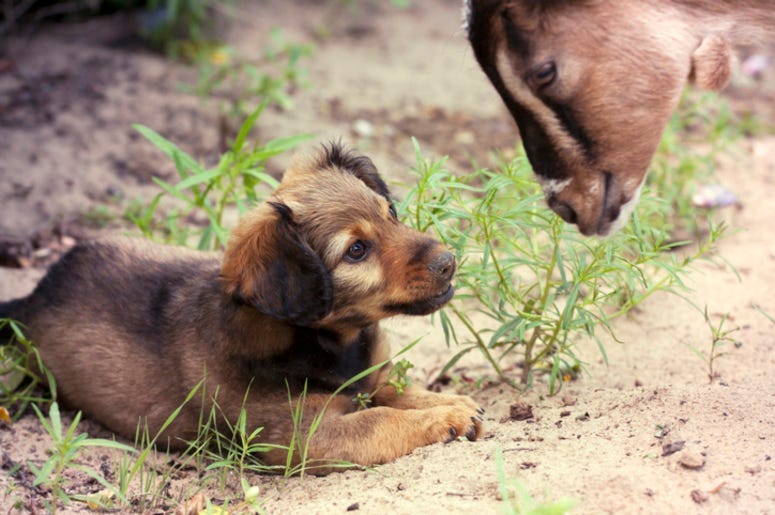 While the country obsesses over the 2020 election, one town in Vermont has a different political race on their mind. In March, the town of Fair Haven, Vermont will be voting on a new mayor, and their choice is between a goat and a dog. The race between Lincoln the goat and Sammy the dog has divided the town, as residents try and decide which animal eBay represents their city.

While the election will actually be for the town’s honorary mayor, and not the actual mayor, many in Fair Haven, Vermont are taking the race very seriously. Lincoln the goat won last year’s election, but this year will face off against Sammy, a police K-9 that is very popular in the city. According to the town’s actual mayor, the honorary mayor “marches in parades, manages the playground fund, and on occasion meets with the Board of Selectmen, just to keep an eye on them.”

These lousey idealists and their "a bone for every resident" promises.

The pet mayor idea was created last year to rehabilitate a community playground and to get kids civically involved. The town has got behind the idea as GoFundMe pages have been created for the candidates with donations flying in. The election will be held in March, and whether it’s the goat or the dog, the town of Fair Haven, Vermont will accept their new mayor.