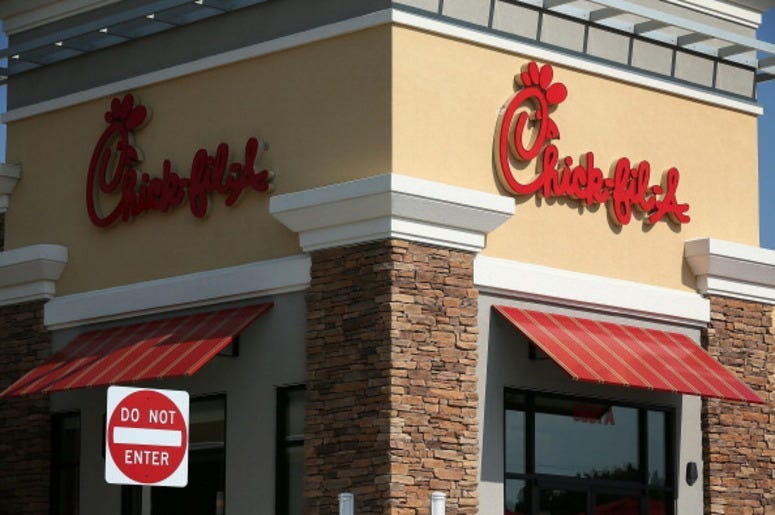 Almost everyone knows the feeling of craving Chick-fil-A only to realize its Sunday and they are closed. However, imagine if you lived in a location where the nearest Chick-fil-A is 90 minutes away. That’s what one group of college students in New York dealt with recently, when they decided to go to extremes to get the beloved chicken.

Cross-country track team at Rensselaer Polytechnic Institute in New York wanted Chick-fil-A on their week off, but didn’t want to drive so far to get it. Luckily, there’s a Chick-fil-A at a closer location at the Albany Airport, so the team pitched in for the cheapest plane ticket they could find, and sent one of their teammates to the airport to pick it up. The team paid $98 for a ticket from Albany to Fort Lauderdale, with each person chipping in $5.50.

Team captain Vincent Putrino made the trip to the airport, and once passed security he went straight for Chick-fil-A to pick up their massive order. Total the team got 15 chicken sandwiches, 15 large fries, 13 orders of chicken nuggets, 1 bag of cookies and 1 lemonade. Just imagine if they had this craving on a Sunday.