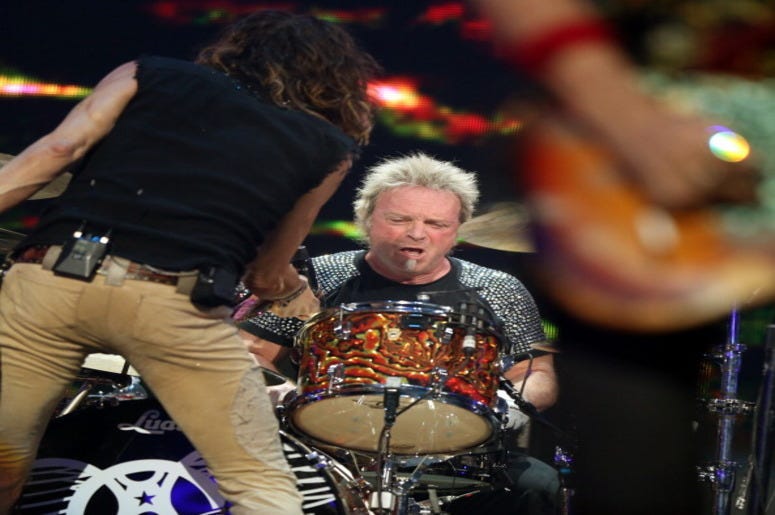 The 2020 Grammys should be a special one for Aerosmith and their fans, as the band is set to be honored and perform at this weekend’s award show. However, one person involved with the band doesn’t seem to have the same level of excitement. Former drummer, Joey Kramer, has sued the band claiming he has been shut out from joining his former group on the Grammy stage.

OG Aerosmith drummer Joey Kramer claims the band won't let him participate in their #GRAMMYs performance and it's "plain wrong." So he's suing them. https://t.co/443XzRGYqy

Joey Kramer claims he has been trying to rejoin the band since last fall, after minor injuries caused him to miss a few show’s last spring. “Being prohibited from playing with a band that I have given 50 years of my life to supporting, is beyond devastating,” said Kramer’s lawsuit. The drummer also said Aerosmith asked him to audition for his drummer job, as he claims he “jumped through hoops and made both a recording of playing along solo to a recent live recording of the band."

They are just not into you no more. It hurts but Joey needs to move on.

Everyone is acting like he is Crazy, but he just Don't Want to Miss a Thing.

Even after sending in an audition tape, the band decided he didn’t have enough “energy” and decided to go in a different direction, according to the lawsuit. Aerosmith’s other founding members, Steven Tyler, Joe Perry, Tom Hamilton and Brad Whitford will all be in attendance. Even with this lawsuit, this weekend should be a very special one for Aerosmith.