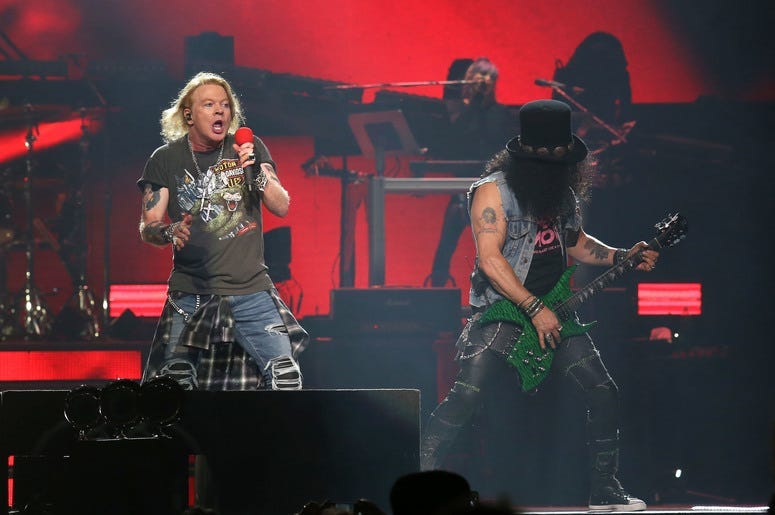 2020 is full of classic bands getting back together for a reunion tour, but none of them can do it quite like Guns N’ Roses did back in 2016. It was four years ago that GNR reunited after years of silence, and after completing one of the biggest tours of all time, the band is now heading back to North America for some more shows. Guns N’ Roses announced on Monday a Summer Stadium tour that will be in 19 cities across the country.

The entire crew is expected to be back for this new North America tour that starts in Milwaukee on July, 4th. The tour will stop at football and baseball stadiums across the country, including the new Globe Life Field in Arlington on August 18th. Tickets for the tour go on sale Friday.

Back in 2016, the group launched their “Not In This Lifetime” tour, which saw Axl Rose, Slash and Duff McKagan reunite for the first time in 23 years. Now, it appears the band can’t seem to get enough of each other, as they have been performing pretty consistently since. Now, a new tour is on the way, and hopefully it means only more to come.