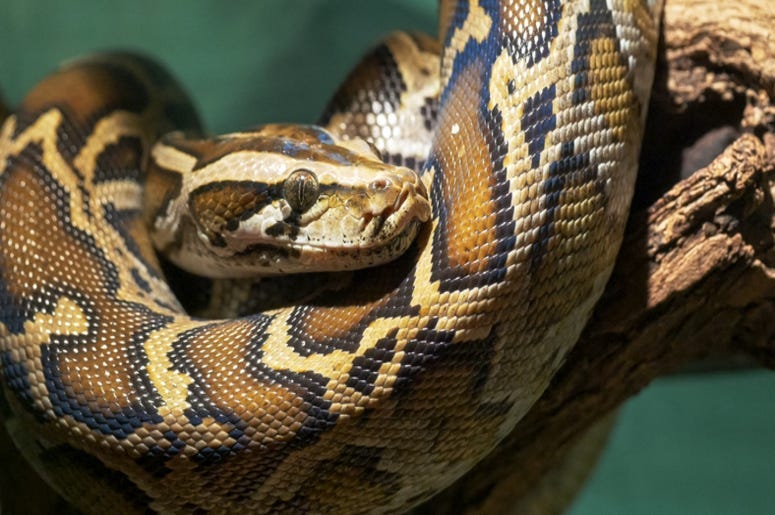 Australia may be home to a number of exotic animals, but that doesn’t mean it’s any less shocking when one happens to appear on someone’s property. A woman in Australia is still in shock after leaving her home only to find a massive Burmese python on her front porch. The nearly 15 foot snake was captured by a snake catcher who claimed it was the biggest he had ever seen.

The Burmese python was first spotted by the woman outside her home in Oxenford, Queensland on Monday. Snake catcher Tony Harrison was called to the home to help the woman, who was still in shock even after Harrison captured and removed the snake. While Harrison claimed the snake was the largest he had ever been called on to capture, he described the snake as a “pussycat” saying, “It's been kept in captivity its whole life.

According to Harrison, the massive python was put down after being handed over to authorities. He believes the snake must have escaped form an enclosure, as Burmese pythons are illegal in Australia. Luckily, for the woman the snake is now gone, but she will definitely be a little nervous the next time she leaves her home.