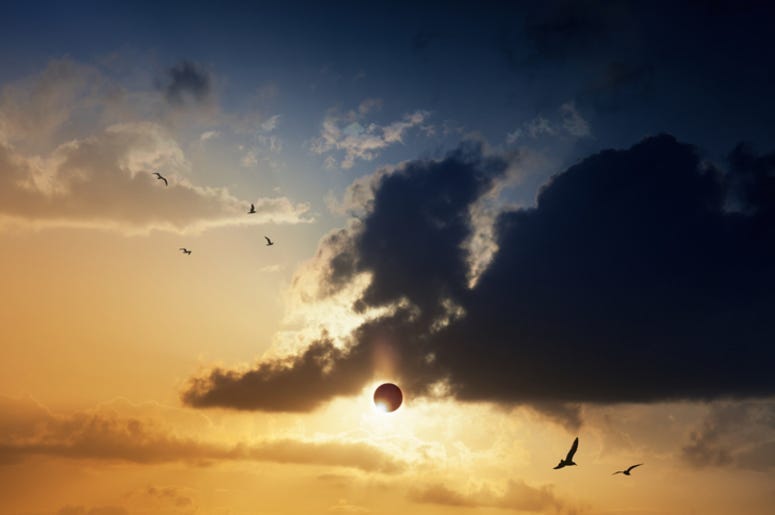 Capturing a once in a lifetime photo is an incredible feeling, and not just because of the social media likes. For photographer and amateur astronomer Elias Chasiotis, he was just happy the sky cleared for his epic photo. His photo, that has since gone viral, captured a stunning sunrise that looked like devil horns thanks to a solar eclipse.

Knowing the annual December 26th solar eclipse was coming, Chasiotis traveled to Qatar where the eclipse would be visible. In the coastal city of Al Wakrah, he was able to capture “the ring of fire” rising from the sea. Of course, there were some issues at first, as according to Chasiotis, “the sky was hazy and there was scattered, thin cloudiness.”

Luckily, the sky cleared, and when the sun rose he was able to capture the perfect photo. These horns are a mirage effect caused by light bent by warm air within the Earth's atmosphere, known as the Etruscan Vase effect. Luckily there will be two more solar eclipses this year, so aspiring photographers have a chance to top this stunning image.