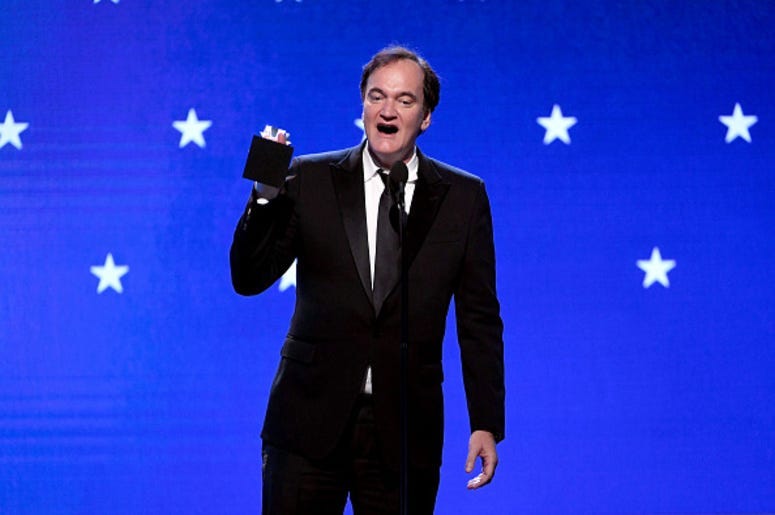 There are a group of young actors, known as the Hollywood Chrises, that have seemingly taken over the movie industry. They are actors Chris Evans, Chris Hemsworth, Chris Pine, and Chris Pratt, and whether it’s a super hero movie, or an action thriller, chances are pretty high you may see at least one of them in the film. Now, Quentin Tarantino is weighing in on the group of young actors, naming his favorite in the process.

Speaking on a number of different actors, the ‘Once Upon A Time In Hollywood’ director named Chris Pine as his favorite young actor in Hollywood today. “Now, to me, of the actors of his age, he’s hands down my favorite — of that group, of that era, of those guys. Hands down, my favorite.” Tarantino, who had been rumored to direct a ‘Star Trek’ sequel, went on to say after seeing Pine play Captain Kirk, he was “all aboard.”

The director would also go on to praise the actor’s work in Tony Scott’s action thriller ‘Unstoppable.’ “it was so exciting to see him in ‘Unstoppable’ to get the Tony Scott treatment. He needed that to make him a movie star in my eyes,” Said Tarantino. That’s some pretty high praise from a big name director. If Tarantino keeps making movies, good chance Chris Pine will pop up in one eventually.