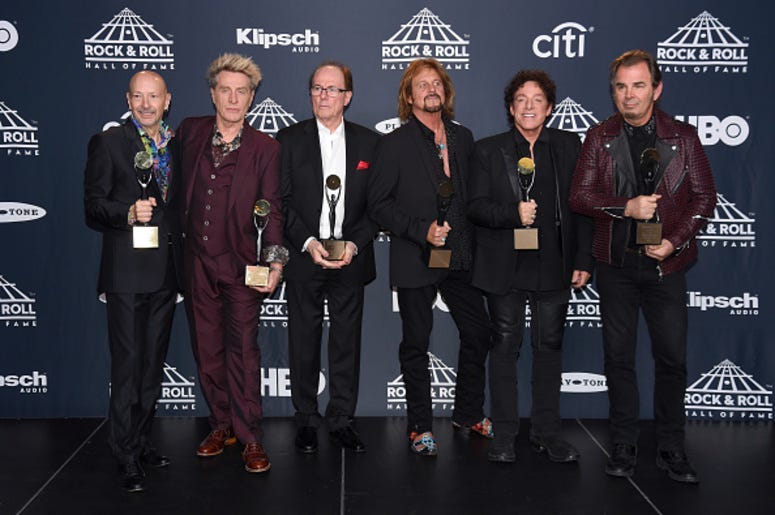 There is major drama going on between band mates in Journey, and things are starting to get ugly. Earlier this week, Neal Schon And Jonathan Cain filed a lawsuit against Ross Valory and Steve Smith, accusing them of attempting to wrestle control of the band’s name. Now, Valory and Smith have been fired from the band as their legal battle heats up.

Journey have fired Ross Valory and Steve Smith, accusing the two of trying to take control of the band's name to fund their retirement https://t.co/w7CgY4DxCW pic.twitter.com/myfZqRDc83

On Tuesday, lawyers for Schon and Cain filed a lawsuit against long-time bassist Valory and drummer Smith alleging “a coup to assume control of one of the band’s corporate entities, Nightmare Productions, Inc.” According to the lawsuit, they claim the two believed gaining control of the Journey name would lead to “windfall payments in the millions of dollars… after their retirement.”

On March 3rd, Smith and Valory were sent letters from lawyers stating “Effective immediately, you are no longer members of the band Journey and cannot perform under the name Journey.” It is unknown at this time what the next steps for the band will be.