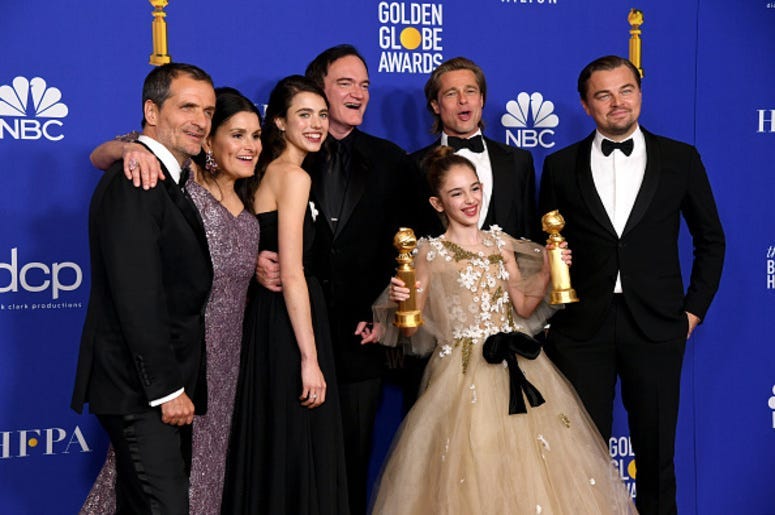 Fans of Quentin Tarantino’s ‘Once Upon A Time In Hollywood’ we’re stunned on Sunday when Sony released a surprise documentary about the film. The 30 minute documentary gives fans a behind the scenes look at how the film was made. After seeing this, no one can ever question Tarantino’s love for film again.

Subtitled ‘A Love Letter to Making Movies,’ the film was released Sunday on Sony’s official YouTube channel. The documentary shows not only the work that went into making ‘Once Upon A Time In Hollywood,’ but also the actors and the laughs and good times they had making the movie. Fans can see stars Leonardo DiCaprio, Margot Robbie, Dakota Fanning and more as the figure out their roles.

The documentary also includes a chat with late actor Luke Perry. For any fan of this movie, the documentary is a must watch. With the film up for a number of Oscars, including Best Picture, this documentary can only help show the work that went into making it.