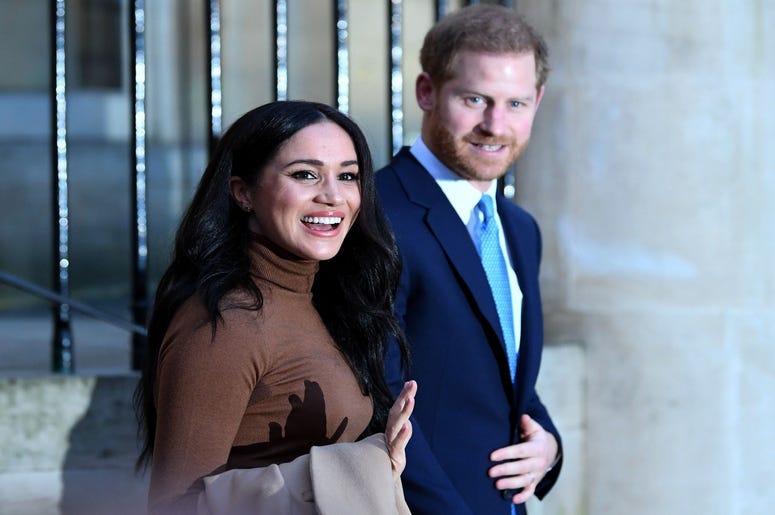 Ever since Prince Harry and Meghan Markle took a step back from their royal duties, many around the world have wondered how the couple would be treated in England moving forward. Luckily, it appears the respect for the former royals hasn’t lowered since their shocking decision, and for one student that meant apologizing to Prince Harry for recent actions. The 16 year old has gone viral for jokingly apologizing to Prince Harry for “cuddling” Meghan Markle at a recent event.

Aker Okoye, a student at The Robert Clark Upper School in Dagenham, England was lucky enough to get the chance to meet Meghan Markle during a recent appearance at the school. “She really is beautiful, innit?" the student joked during his meeting with the former royal. After speaking on stage about what International Women's Day means to him, Okoye gave Markle a big hug before leaving the stage.

After his hug, Okoye felt the need to show respect to Markle’s husband, Prince Harry, and decided to send him a playful letter. “Harry, hope you don't mind me writing this letter. I hope you didn't mind me cuddling your wife,” Okoye wrote in the letter. Luckily, it appears everyone knew the meeting was all in good fun, but now Prince Harry knows if he screws up with Meghan Markle, Okoye will be there waiting.