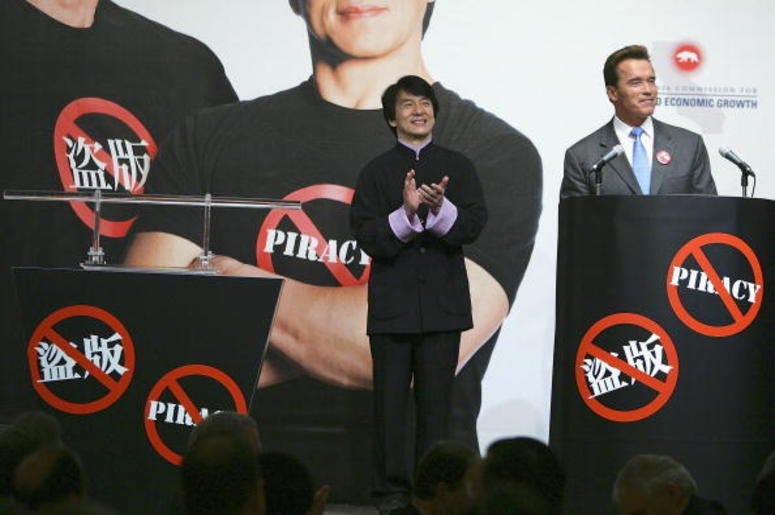 Years ago, if a movie was set to come out starring Jackie Chan And Arnold Schwarzenegger it would have been guaranteed box office success. Now, in 2020 with the two stars set to star in in a film together, all anyone can see coming is a few Razzie Awards. The first trailer for ‘The Iron Mask’ was released this week, and immediately went viral for its bizarre and confusing context.

While the trailer for ‘The Iron Mask’ may make it seem like a fake movie, the film is very much real. It was actually released in China last year, and was originally titled ‘Viy 2: Journey to China.’ The film is a sequel to 2014’s ‘Viy,’ also known as ‘Forbidden Empire and The Forbidden Kingdom.’

I’ve watched this trailer five times and I have no idea what it is about. https://t.co/Yaf54SpGLf

Me after seeing the new trailer for The Iron Mask with @Schwarzenegger https://t.co/FngsoTcTlp pic.twitter.com/hsb5WCkIse

I never knew I needed this! https://t.co/8HNK2LoG1S

Not much is known about the film, even after watching the trailer, other than Chan’s character is trying to escape ‘the tower’ and Schwarzenegger is there to stop him. The film is set to hit theaters on April 10th. This film will either be a major flop, or somehow the greatest bad movie of all time.