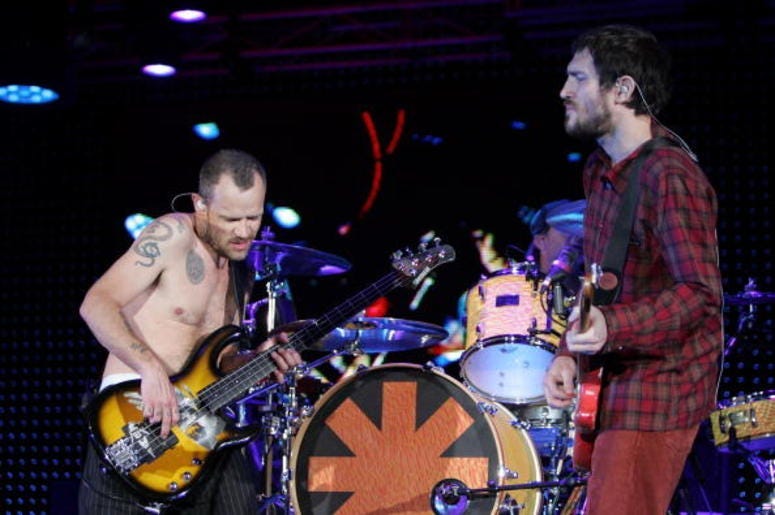 When news broke back in December that John Frusciante was rejoining the Red Hot Chili Peppers, fans quickly began clearing their schedules for the chance to see the band perform live. While not much has been announced in terms of a tour, some fans got the chance to see the group reunite for the first time over the weekend. On Saturday, the Red Hot Chili Peppers performed with John Frusciante for the first time in over 12 years at a memorial event in California.

Thank you to the Burkle family for including us in your celebration of Andrew. His passion for life was contagious & his spirit lives on through our work at @THF.
A good example of Andrew’s magnetism was on display when this all-star lineup came together to play Iggy Pop #acbrox pic.twitter.com/8F3WjGT8K7

While not as big as most would assume for their first reunion show, the Red Hot Chili Peppers showed up at a memorial event in honor of Andrew Burkle, an aspiring film producer and son of billionaire Ron Burkle. The event lineup also included Jane’s Addiction, with another former Red Hot Chili Peppers guitarist, Dave Navarro. The memorial was put together by the Tony Hawk Foundation, who shared video of the band’s reunion performance.

The group played Iggy POP and Gang of Four, along with some classic Chili Pepper’s songs. Fans quickly reacted to the first look, as it seems they are now more excited than ever for Frusciante’s return. Hopefully this performance means a tour is just around the corner.