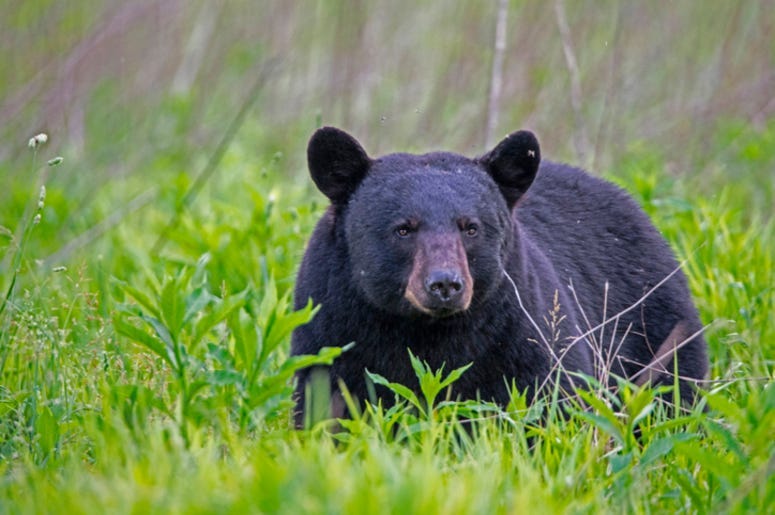 When a theme park in Tennessee opened up a new area recently, and named it “Black Bear Village,” they did so to celebrate the large black bear population in the area. However, they didn’t expect the village to attract actual black bears. Guests at the Anakeesta theme park, in Gatlinburg, Tennessee were surprised recently when a black bear stormed through a restaurant looking for food.

Guests at the theme park captured the scary moment on video when a black bear entered the restaurant with people all around. The bear goes straight for the trash cans, and even lunges at a person clapping, trying to direct the bear away. “Can someone make this thing leave?” someone is heard saying in the video.

Eventually the bear was directed away safely and luckily no one, including the bear, was harmed. Black Bear Village, and the smokehouse restaurant that attracted the bear, are part of the park’s new $6.5 million expansion that opened last week. Hopefully bear surprises don’t become a normal occurrence of Black Bear Village.