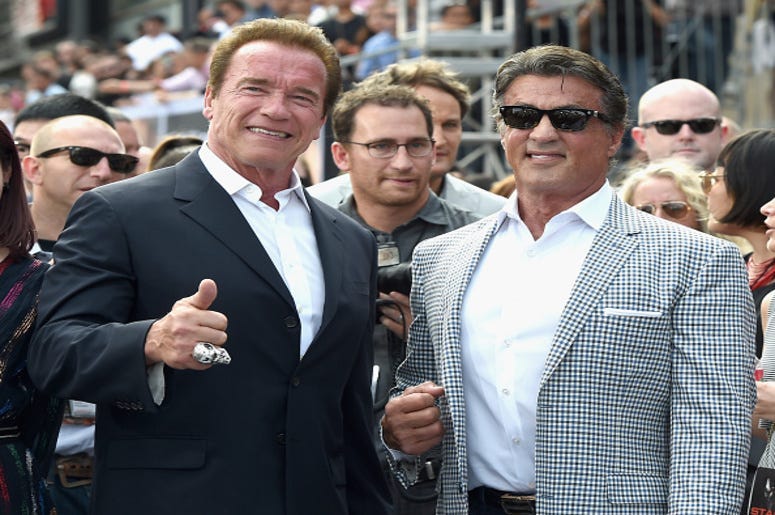 The internet is full of many strange videos, and while quite often people question who would spend the time making these videos, the viewers thank them for it. The most recent example of one of these questionable viral videos comes in the form of a ‘Step Brothers’ deepfake using Sylvester Stallone and Arnold Schwarzenegger. In the video, the faces of the two action stars replace the faces of Dale and Brennan for the scene where they become best friends.

Sylvester Stallone and Arnold Schwarzenegger were two of the biggest movie stars during the 1980’s and 1990’s, and were often seen as rivals. However, later in their career they became good friends; which made having them replace the main characters in ‘Step Brothers’ make total sense. In the viral video, the faces of the stars are seamlessly placed on the faces of Will Ferrell and John C. Reilly’s characters, in the iconic scene where their rivalry turns to friendship.

While many online couldn’t help but describe the video as creepy, most acknowledged that the replacements made total sense, and it probably would have been a movie they would see. Maybe this viral video will lead to a ‘Step Brother’s sequel starring the iconic stars.