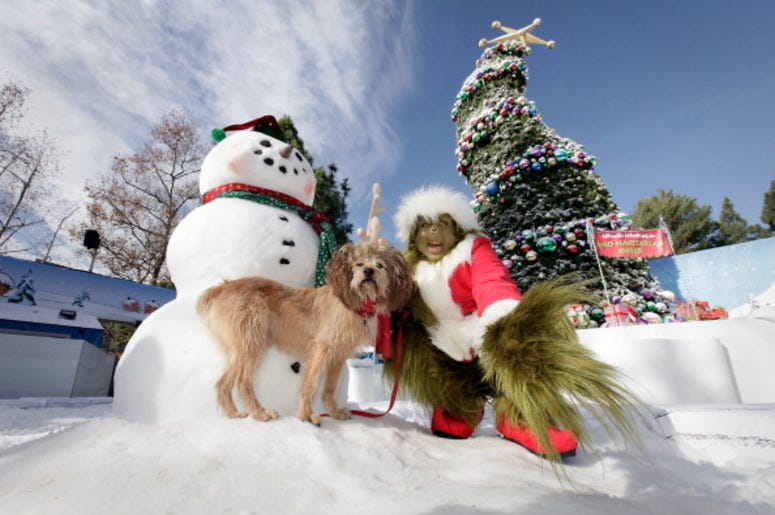 Thanks to social media, parents have become quite inventive when it comes to taking photos of their children. With plenty of creative ideas floating around, many photoshoots that would have normally been seen by many as spam are now turning into hilarious viral content. The latest example comes from a Christmas photoshoot that went horribly wrong, thanks to a surprise visit from the Grinch.

Grinch Christmas pictures ( sneak peek) 🤣🤣🤣🤣🤣🤣 She will laugh at these when she gets older!❤️❤️🥰🥰🥰🥰🥰 Get with Amy Sue Childs for pictures! She is great! Alice Thomas Jason Ales updated!!!

Shemika Ales recently shared photos from her Christmas-themed photo shoot with her young daughter. The mother of three from Mississippi’s post has gone viral, as the photos captured the hilarious moment her daughter was scared by someone in a Grinch costume, and took off running. “She will laugh at these when she gets older!” the mother said in her post.

Many on social media couldn’t help but laugh, even if the young girl was truly scared. The mother claims she knew her daughter would react that way, making for a hilarious photo shoot moment. While some may not agree with intentionally scaring a child to go viral, many on the internet are happy she did so.