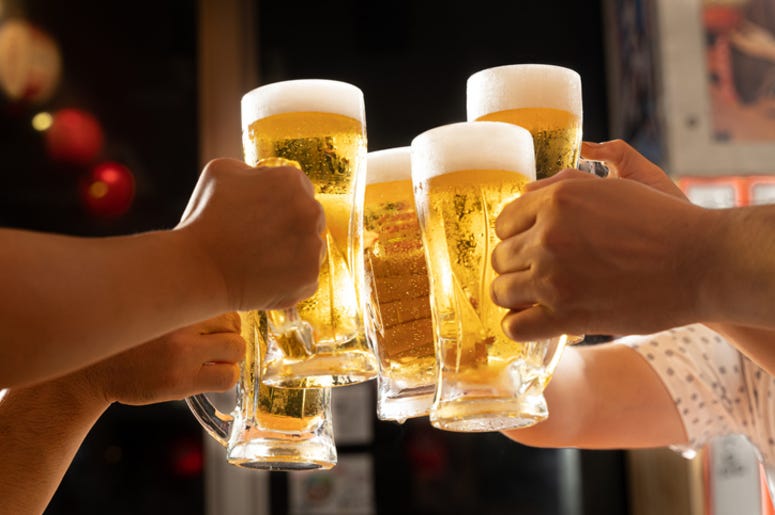 As many alcohol drinkers know; their decision making skills don’t exactly improve as the night goes on and more alcoholic beverages are consumed. While some leave the bar thinking they have found the love of their life, often the next morning reality sets in, as they realize the person they went home with doesn’t exactly look the same as they did the night before. Now, a doctor has gone viral on TikTok describing how the “beer googles” phenomenon works.

Why are people more attractive when you are (slightly) drunk. ##drkarl ##drkarlkruszelnicki ##science ##beer

Dr. Karl Kruszelnicki, a medicine and biomedical engineer, recently shared a video describing how alcohol can alter sex appeal. “Alcohol is absolutely amazing. It can strip oil stains off a garage floor, but it can also change your human perception of reality," said Dr. Kruszelnicki. In the video, the onetime NASA astronaut hopeful-turned-social-media star used a graph from a 2003 study to explain how perception changes as more alcohol is put into the system.

“When it came to rating the attractiveness of other people, women found men a bit more attractive, but men found women a whole lot more attractive," said Dr. Kruszelnicki. The video quickly went viral, being viewed over 400,000 times, according to Fox News. Sadly this video likely won’t change anyone’s decision making during a night out drinking.