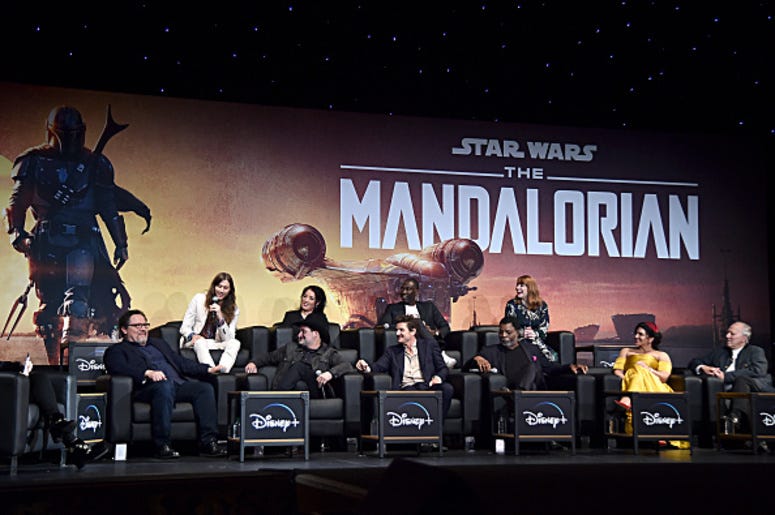 Making a movie or television show based in a different world can be difficult for a number of reasons, but one major challenge that many have seemed to struggle with recently is keeping objects from the real world out of scenes being filmed. The greatest example is the viral Starbucks cup that was seen in the final season of ‘Game of Thrones’ but since then a number of objects have been spotted in other series. Now, the latest example from a recent episode of ‘The Mandalorian’ has been fixed as the Disney+ series digitally removed the viral error.

Episode 12 of ‘The Mandalorian’ went viral recently, but not for reasons Disney+ was anticipating. Fans spotted a man wearing jeans in the background of a shootout scene in the episode. Now, the man has been digitally removed, so fans hoping to spot him in the series will must have to hope another error occurs during the season.

Many fans compared this error to the ‘Game of Thrones coffee cup incident, but while HBO was able to correct that error within a few days, ‘The Mandalorian’ took over a week to fix the episode first release don November 20. Now fans will be looking closely for more errors.

music
Vote on the 'Top 7 @ 7' songs with Rob + Holly
news
Why do many Americans have trouble believing race plays a role in health disparities?
music
15 songs we need The Weeknd to perform at the Super Bowl Halftime Show
music
RADIO.COM's Country Hit Pick of the Week: Jimmie Allen with Brad Paisley 'Freedom Was A Highway'
music
RADIO.COM's Alternative Pick Of the Week: Yung Gravy - 'Oops'
music
Listen to the Superstar Power Hour with Chris Young