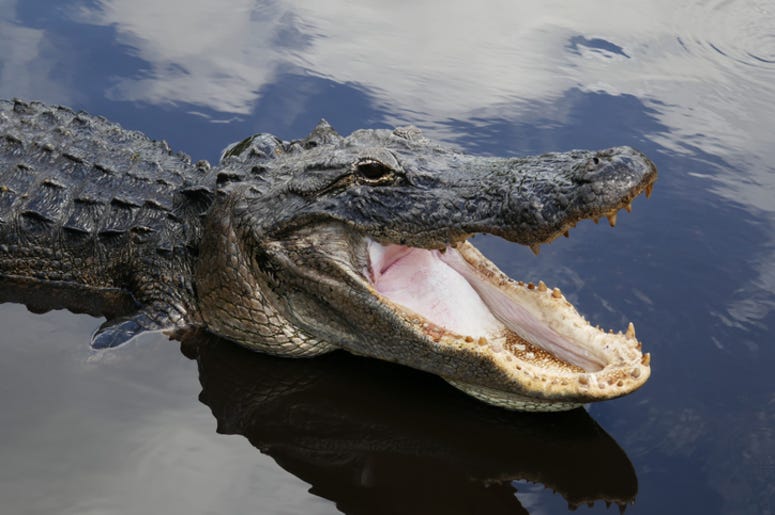 Most dog lovers will do just about anything for their canine companion. That was shown recently when a man went after an alligator to save his three month old puppy. Video of the man’s heroic act recently went viral, after surveillance footage captured him going into a pond and wrestling the puppy from the jaws of an alligator.

saved the puppy from getting eaten by an alligator and never dropped his cigar, a true legend pic.twitter.com/ryRSfZqOsy

Back in October, Richard Wilbanks, a retired man living in Florida, was in his backyard with his 3-month-old Cavalier King Charles spaniel, Gunner, when all of a sudden, the puppy ventured too close to a pond, getting snatched by an alligator. As seen in the now viral video, Wilbanks quickly reacted, getting in the pond, and wrestling the reptile, eventually freeing the puppy. “They’re like children to us, so there was no second thought whatsoever,” said Wilbanks of his heroic act.

The moment was caught on camera by surveillance cameras in Wilbanks back yard. The cameras were put there by the Florida Wildlife Federation, in partnership with the fSTOP Foundation, as part of the Sharing the Landscape project, which Wilbanks is a part of. While this video likely wasn’t what the project was looking for, many were happy their cameras caught this moment.