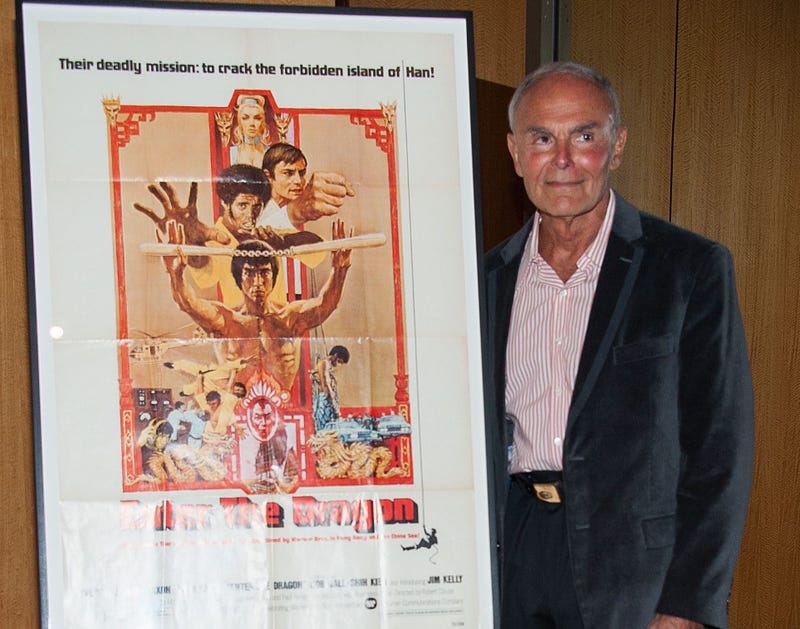 (WBBM NEWSRADIO) -- John Saxon, the handsome and athletic actor best known for his work on television and in cult-movie fare like "Enter the Dragon" and "A Nightmare on Elm Street," has died. He was 83.

His career as an actor began early for Saxon, following a stint as a model, in the 1950s. His appearances ranged from supporting roles to leading parts, and the Italian-American played a variety of ethnicities. In the 1972 Clint Eastwood Western "Joe Kidd," for example, he portrayed a Mexican revolutionary.

It was his significant role in the Hong Kong-Hollywood production "Enter the Dragon" that Saxon may best be remembered for. In the 1973 blockbuster, Saxon played a cheeky, slightly dissipated gambler named Roper who goes to a secretive martial-arts tournament that masks a criminal operation. Although Saxon enjoyed considerable screen time, it was co-star Bruce Lee who stole the movie with his martial-arts prowess. Saxon, who had some previous training, followed Lee's fight choreography.

Never a major star, Saxon enjoyed steady employement in a variety of television shows and films. In the original "A Nightmare on Elm Street" in 1984, he played a parent and police detective who was powerless to stop supernatural villain Freddy Krueger. Saxon had recurring roles in the '80s-era prime-time soap operas "Dynasty" and "Falcon Crest," among many credits.