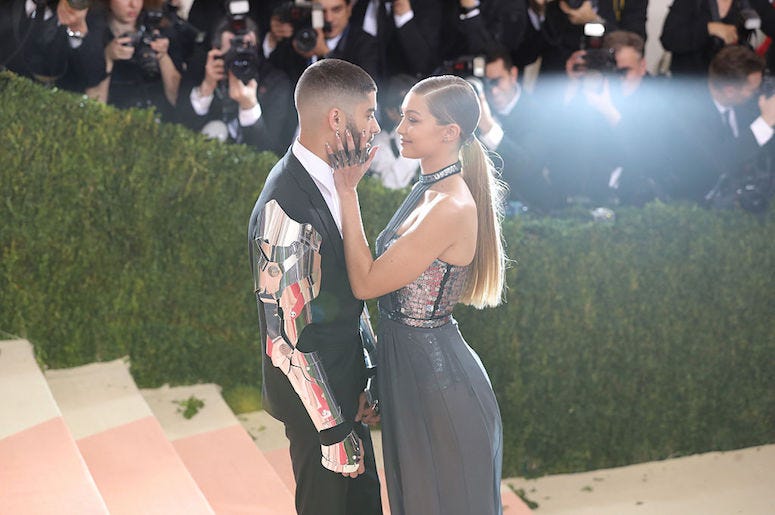 The secret is out as Gigi Hadid and Zayn Malik revealed the name of the couple’s daughter in quite a subtle manner.

Details about Gigi and Zayn’s newborn daughter have been scant ever since the couple announced the birth of their first child together. Now, it appears a simple revision to Gigi’s Instagram page may have revealed the name of their daughter.

Her IG bio was changed to read “Khai’s mom,” finally making known the name of their daughter. Fans are speculating that the 5-month-old was named after Gigi’s grandmother, Khairiah Hadid.

The couple welcomed Khai to the world on September 23, 2020 as Zayn wrote a lovely Instagram post sharing the announcement.

“Our baby girl is here, healthy and beautiful,” he wrote.

“To try put into words how i am feeling right now would be an impossible task. The love I feel for this tiny human is beyond my understanding. Grateful to know her, proud to call her mine, and thankful for the life we will have together.”

The announcement comes just days after Gigi shared a post showing off the incredible video game/superhero-themed birthday party she threw for Zayn.

With decorations like Superman and Wonder Woman balloons, party favors with Zayn’s face on them, and old-school arcade games like Teenage Mutant Ninja Turtles, The Simpsons and Super Mario Bros, Gigi knocked it out of the park.

“Team No Sleep! Happiest birthday to our Zaddy baba," she captioned her celebratory post. "So special. Love you long time, thank you for makin me a mamma to the best girl ever ☺️ Wish you the best every single day.”

WATCH MORE: How baby names have changed since the roaring 20's