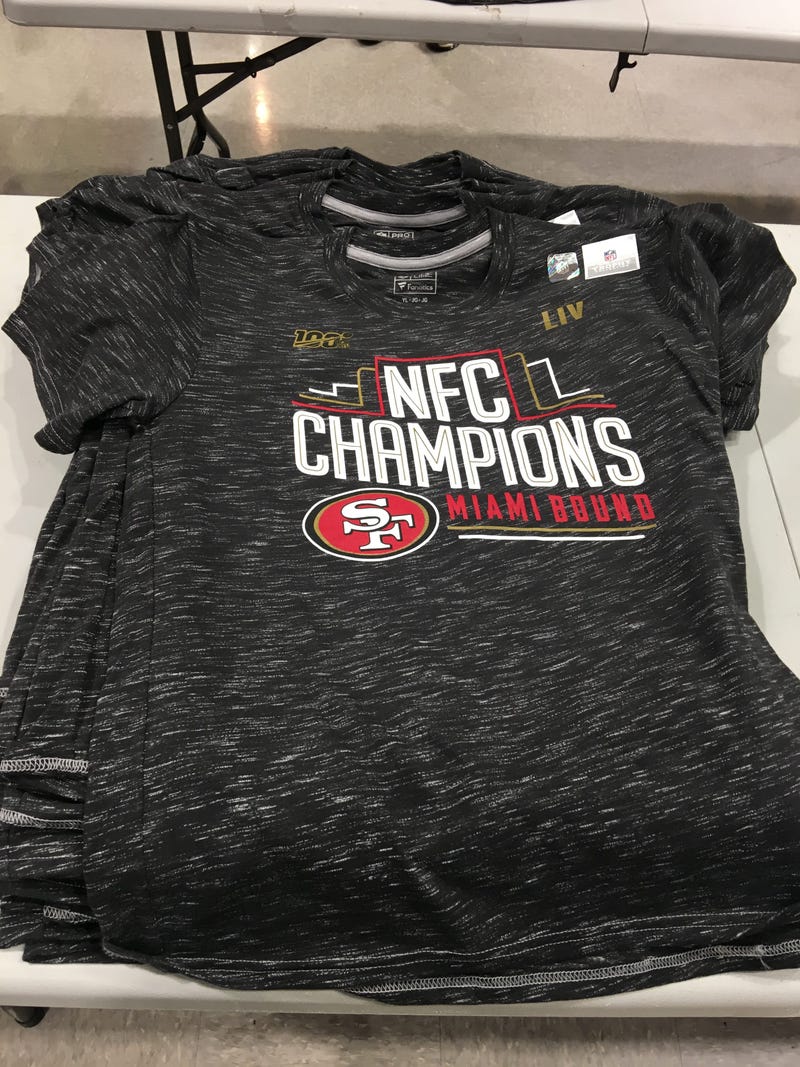 Photo credit Tim Ryan/KCBS
By Tim Ryan KCBS All News 106.9FM and 740AM

Dick’s Sporting Goods in Daily City opened two hours early and first in line was local resident and die-hard San Francisco 49ers fan, Elizabeth Rodriguez, who rushed to the sporting goods store to nab some Niner gear the morning after the team clinched the NFC Championship in their Sunday-night win against the Green Bay Packers at Levi’s Stadium.

“Amazing! It was so incredible. Oh my goodness! I was just cheering up and down. It was a lot of fun.” Rodriguez said about the game. “It’s been so amazing; I can’t even explain it.”

Philip Mason could match Rodriguez’s 49er fever, in spirit if not as loudly. The San Francisco native was still hoarse after all the yelling and screaming he did in the wake of the Niners’ victory. While Mason was eager to get himself the NFC Championship cap that Dick’s was selling, he settled the t-shirt commemorating the Niners’ “W.”

But that did not hamper Mason’s optimism for his hometown team’s chances of emerging victorious when they face the Kansas City Chiefs in the Super Bowl on February 2 in Miami,/

“We have the NFC Championship gear. We have that locker room [t-shirt] that they were wearing. We are still trying to get a little bit more of that shipment in, but for now, we have plenty of sizes left for that championship shirt,” said Vanderlin.

That was good news for Rodriguez, Mason and the 15-20 other Niner faithfuls that were lined up in front of Dick’s on Monday morning.

Once the store’s doors opened at 7 a.m., they scrambled in, grabbing up all kinds of team paraphernalia, from sweatshirts to banners.