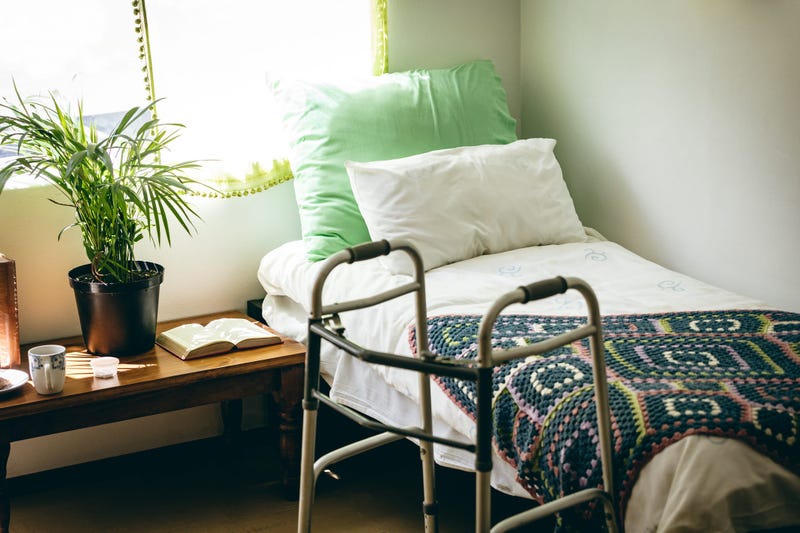 Contra Costa County officials have announced that 70% of the county’s deaths from COVID-19 were residents in assisted living facilities.

In a statement to KCBS Radio, county health officials said the numbers are very concerning, and whenever there is an outbreak they send in strike teams, along with "surveillance" teams, to test asymptomatic staff and residents.

But Charlene Harrington, professor emerita at the University of California San Francisco School of Nursing, said even if they’re following state recommendations to test at least 25% of the staff once a month, it clearly hasn’t been enough.

"To wait a whole month, staff could be positive for almost a month and no one would know it," Harrington said. "So, then they could expose all the residents and other staff, so I think they need to be testing every week."

Harrington said the state should give counties more power to enforce regulations at the skilled nursing homes, as opposed to trusting the facilities, many of which are for-profit and don’t want to lose money.

"They need to have the ability to issue penalties if nursing homes are not complying, or they could put a hold on admissions at that facility, and I think that would encourage the facility to comply quickly," Harrington told KCBS Radio.

To those with a loved one in a skilled nursing home right now, Harrington said if possible, bring them home.

"Of course, many people don’t have families, or the families don’t have living arrangements where they could manage someone at home," she said. "So, it’s not that easy."