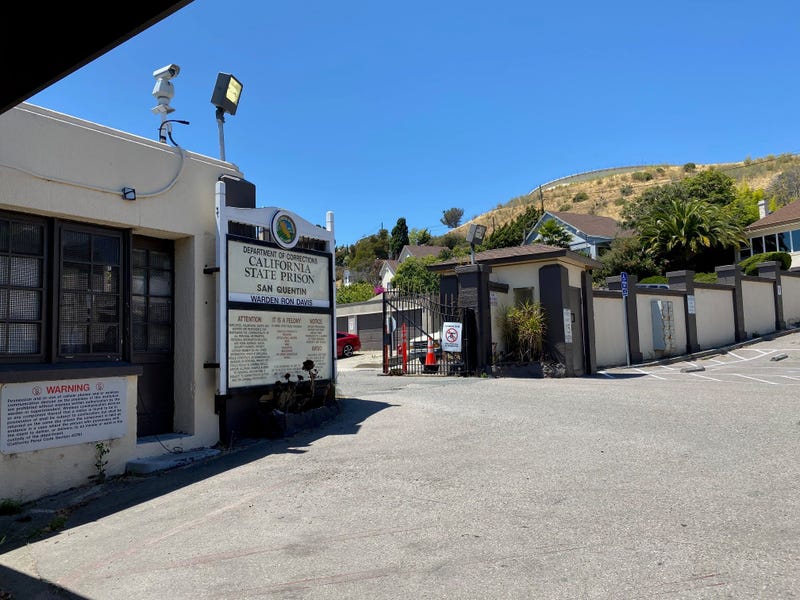 With pressure mounting on the state over a full-scale coronavirus outbreak at San Quentin State Prison, the California Department of Corrections and Rehabilitation has announced a slate of programs aimed at early release for as many as 8,000 inmates by the end of August.

Friday's announcement comes on the heels of the CDCR unveiling a one‐time "Positive Programming Credit" award for roughly 108,000 inmates late Thursday, where eligible prisoners could receive 12 weeks of credit on their sentences to accelerate their release. Of those, about 3,100 people could achieve enough credit to reach their earliest possible release date.

Those credits will be applied by August 1.

In addition to the PPC program, the new initiatives, which include release of eligible inmates with less than 180 days remaining on their sentences, low-risk cases of eligible inmates with fewer than 365 days to serve and high-risk medical prisoners "will require additional review for certain incarcerated persons, and some cohorts will be screened on a rolling basis."

San Quentin is listed among the prisons impacted by the eligible inmate releases with less than one year left to serve.

Breaking: @CACorrections just announced the release of up to 8000 inmates by the end of August, authorized by @GavinNewsom, to reduce CA prison population and try to stop the spread of #COVID19 in the state’s prisons #coronavirus pic.twitter.com/XhfP5FwhT0

The CDCR said its previous efforts related to reducing the prison populations during the coronavirus pandemic have already led to the release of about 10,000 inmates.

"We’re glad the governor is taking action to release more people," Californians for Safety and Justice Executive Director Jay Jordan said in a release Friday. "This is absolutely critical for the health and safety of every Californian. Too many people are incarcerated for too long in facilities that spread poor health. Supporting the health and safety of all Californians means releasing people unnecessarily incarcerated and transforming our justice system."

Gov. Gavin Newsom has largely resisted calls for a large scale release, arguing that releasing thousands of inmates to park benches and homeless shelters would not be an improvement. However, updated state data showed a total of 2,322 active coronavirus cases in the state's prison system as of Friday afternoon - a staggering 1,335 infected inmates at San Quentin alone.

Inmates and their loved ones have reported poor medical care, continued overcrowding and delays in testing at the Marin County prison.

"I want to make sure that people have support when they get out," he said in a press briefing Wednesday. "And this may seem easy for some. Thousands and thousands of people automatically have housing, they have jobs, they have full family support and abundant lives the minute they’re released from prison...but that’s not always the case."

The governor said he is prioritizing reducing capacity at San Quentin "from 131% capacity down below 100% capacity. That will happen. In addition to that we are looking to decompress San Quentin even more. We’re cohorting individuals, we’re testing people, we’re testing staff, we’re going through a process and protocol to make sure that test results come back in a much more expeditious period of time. We’ve got an incident command center."

The governor is not expected to speak Friday.