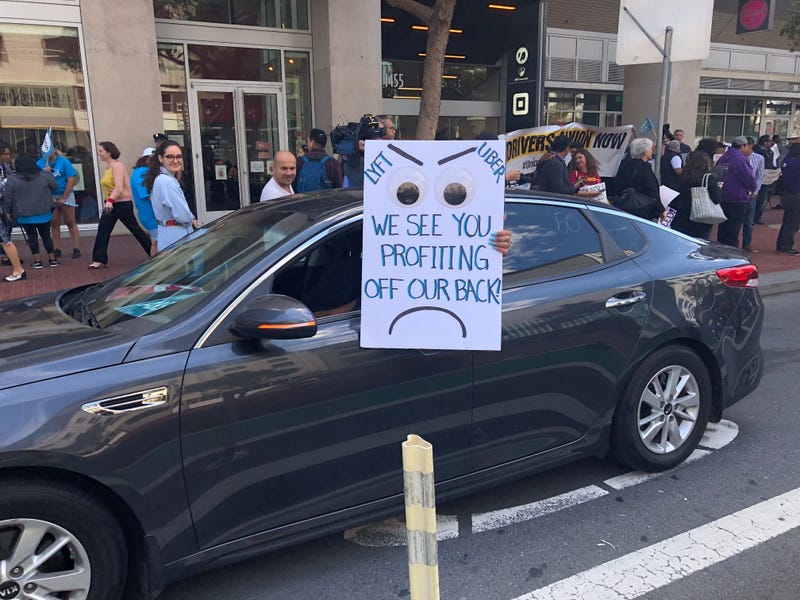 State lawmakers gave final approval Wednesday to a bill that could mean sweeping changes for more than a million freelance and independent workers across a wide range of California industries.

Uber and Lyft dispute that the new law will turn their drivers into employees who earn benefits and have vowed to fight the law if the changes go into effect.

Members of the state assembly followed the senate's lead and overwhelmingly passed AB5 after fierce negotiating and the addition of many amendments that will exclude a variety of workers from the new protections.

"Something is wrong with the way we have allowed these companies to operate and the people who pay are you and me," said Assemblymember Lorena Gonzalez.

Doctors, graphic designers and artists are some of the professions that are not covered by the deal.

Gov. Gavin Newsom has promised to sign the bill.

Uber believes that its current treatment of drivers was already in compliance with state rules, the company's attorney Tony West told reporters on Wednesday. West said Uber will also pass the stricter test that governs who's a contractor and who's an employee.

Yet, he said he's disappointed that legislators and Newsom rejected a compromise pushed by Uber and Lyft that included benefits and a $21-per-hour rate for drivers.

"We're not arguing for the status quo," said West. "Our proposal avoid the potential harm of forcing drivers to become employees whether they want to be employees or not."

He added that "the vast majority" of drivers do not want to be reclassified as employees.

West says Uber will try to negotiate a deal in Sacramento. If that fails and the courts find their drivers are employees under the new law, the rideshare companies will go to the ballot box next year to try to overturn it.