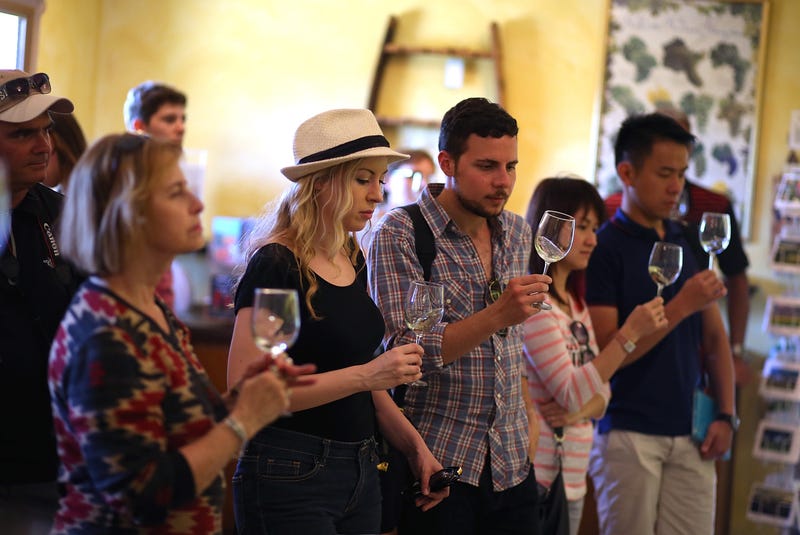 The wine industry in the U.S. isn't growing quite like it used to.

The amount of wine consumed by Americans has declined or stopped growing, according to recently released data.

Sales of wine in the United States fell last year by less than 1%, according to the International Wines and Spirits Record. That may sound like a marginal reduction, but it was the first time in 25 years that purchases dropped, the report said.

The Wine Institute, however, said sales were merely flat, as they have been since 2016.

Part of the change in drinking habits could be generational, said wine economist and UC-Davis professor emeritus Robert Smiley.

Millennials are opting for cocktails and non-alcoholic mocktails in greater quantities.

​"The next generation tends to reject, to a certain degree, what the prior generation was doing," Smiley said. "They don't do what their parents do necessarily."

Tariffs on imports could be a factor, although Smiley noted that 85% of the wine Americans imbibe originates in California.

"The producers need to constantly think about what's next,"

Wine seltzers, sparkling wines and wine products that could be added to juice could become more popular, Smiley predicted.