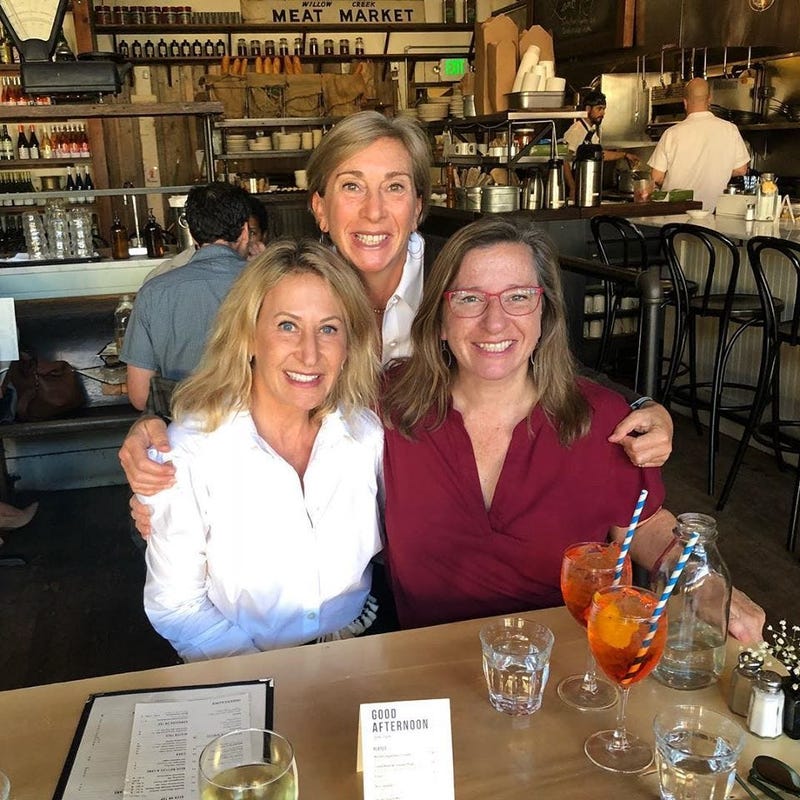 February 5, 2020 02/05/2020 8:17 pm
A different Bay Area resident who is working to inspire and uplift others is featured each week in Difference Makers, a series by reporter Carrie Hodousek.

A San Francisco-based author has been working to harness the power of female connection since being simultaneously hit years ago with the loss of her high-powered job and a cancer diagnosis.

The setback inspired Anne Devereux-Mills to write a book called “The Parlay Effect” in an effort to encourage women to support each other through small actions.

“When you do something generous or thoughtful, someone else is likely watching you and will learn from what you’re doing and replicate it,” said Devereux-Mills.

The book stems from an organization Devereux-Mills founded in 2012 called the Parlay House, a place where women can go to self-reflect.

“It provides safe spaces for women to meet women outside of their usual bubble and have conversations that they don’t get to have in other places,” she explained.

“Parlay” means to increase or otherwise transform into something of much greater value, according to Merriam-Webster.

The idea for the gathering space came from Devereux-Mills own experience 10 years ago, when she lost her job as a top executive at an advertising agency in New York City after she was diagnosed with a recurring cancer.

“When I told my boss I need to have surgery and take a few weeks off, instead of saying ‘where can I send the flowers?’, he said ‘I’m going to have someone else run the company’,” she said.

To top it off, Devereux-Mills youngest daughter left for college. At that point, she felt like she lost almost every piece of her identity.

“I was no longer defined as the CEO, the healthy woman who goes to the gym every day or by being a mom because my last kid was out of the house,” said Devereux-Mills.

The relationships she formed at work and as a parent started to disappear, so she decided to rethink life and start over again by creating the Parlay House.

“Women at these meetings are able to say ‘I feel that way too,’” she said. “All of a sudden you have two people who thought they were the only ones feeling isolated, disconnected, discounted.”

Devereux-Mills said she believes this type of support can extend beyond women themselves to help make their children, families and communities stronger.

“It’s pay it outward in a way that will have a lot of ripple effects in our society. At a time when you feel disempowered, you actually are more empowered than you think,” she said.

If you know someone who is making a positive impact in his or her community and would like to nominate them as a KCBS Difference Maker, email differencemakers@kcbsradio.com.
SF Jail Inmates Must Get Sunlight, Judge Orders