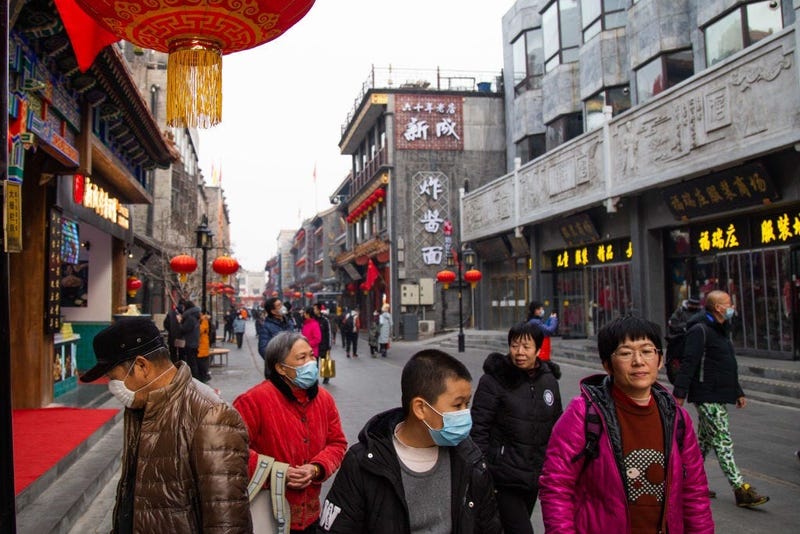 A second American evacuee from China who is currently held in San Diego has tested positive for COVID-19, otherwise known as the coronavirus, officials said.

At the same time, some Bay Area patients showing signs of illness and medical workers who came in contact with an infected man have been cleared,

The two virus patients held at Miramar in San Diego had been housed in separate facilities on the military base. Doctors said there's no link between the two cases.

Both infected patients were evacuated to the U.S. on different State Department chartered flights. They have now been removed from Miramar and are receiving treatment at the UC San Diego Health System.

Five people who were showing signs of the virus among evacuees brought to Travis Air Base in Fairfield are not infected, officials said. While five hospital workers who came into contact with a man infected by COVID-19 have been cleared to return to their jobs at Good Samaritan Hospital.

Dr. William Schaffner, an infectious disease specialist at Vanderbilt University, said officials are expanding the amount of ways to identify possible cases. He said one of the techniques includes using lung scans to determine which patients have pneumonia, a main complication of the coronavirus.

“That will sort the sickest people who need the most medical care right away,” Schaffner said. “This is an extraordinary use of this technology, so you can see they’re marshaling an awful lot of resources to try to get their hands on this.”

There are now more than 60,300 confirmed coronavirus cases throughout the world, 14 of them in the U.S. and eight in California.

The economic impact of the outbreak is another concern. While the economy is paralyzed in certain parts of Asia, it's unclear how much it will affect businesses in the Bay Area.

John Driscoll, head of maritime operations for the Port of Oakland, said the port has seen some shipping cancellations due to the coronavirus. But he said some of that is also because of the holiday hiatus.

“If it’s a [protracted> shutdown in factories in China, then that could be definitely impactful to our customers’ ability to export from China because there won’t be any product,” Driscoll said.