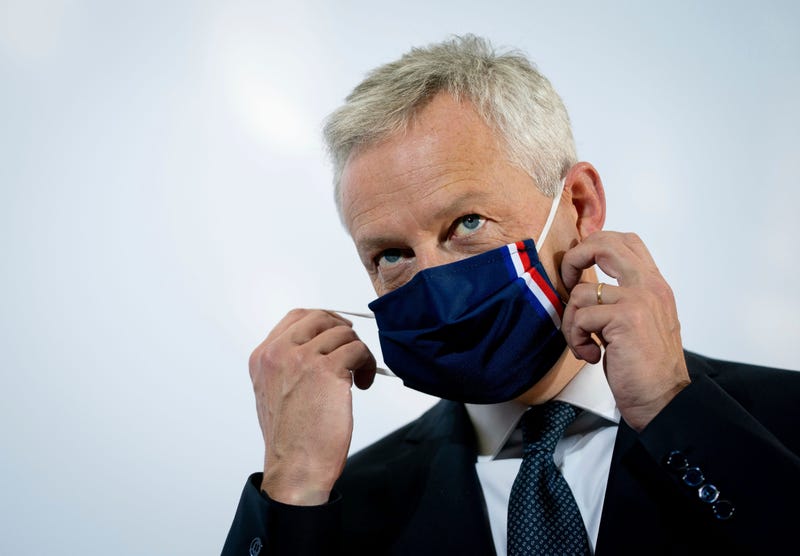 BRUSSELS (AP) — The 27 European Union nations on Friday presented a reinforced united bloc in dealing with the United Kingdom and negotiating a trade deal after the British government said it plans to violate part of the Brexit divorce agreement signed by both sides less than a year ago.

Anger and bafflement at the U.K's. plans not to honor an international treaty with a bill that would diminish the EU’s oversight of trade between mainland Britain and Northern Ireland mixed with steadfast resolve to stand together as time runs short to find a smooth economic transition for Brexit by Dec. 31.

“We have never in recent history -- or, maybe in ancient history dealing with other countries -- seen such a renegement on an agreement," Ireland's Europe minister, Thomas Byrne, said. “It is unacceptable,” he told the BBC.

British Prime Minister Boris Johnson's plan put the talks on a future trade deal in an even deeper rut. Even though a no-deal Brexit on Jan. 1 would hit EU nations like Ireland, France, Belgium and the Netherlands especially hard, none were ready to cave in and meet U.K. demands, which the EU views as seeking free access to the EU market while refusing to guarantee fair competition.

“We will never accept any kind of decision that might weaken or jeopardize the European single market, French Finance Minister Bruno Le Maire said. He added, “We have made very clear that all European countries remain united and strong.”

At a meeting of eurozone finance ministers in Berlin, all other comments made backed Le Maire's stance.

Ireland, which has the EU's only land border with the U.K., stands to lose the most in a breakdown of trade talks. Irish Finance Minister Paschal Donohoe welcomed “solidarity and support” from his colleagues in other EU countries.

The British government has acknowledged it would violate the Brexit agreement with the bill that would diminish the EU’s oversight of trade between mainland Britain and Northern Ireland - a fraught issue during Brexit negotiations. But it denies it is trying to renege on the agreement.

Business Minister Nadim Zahawi said the British government was “absolutely committed” to upholding the agreement, including the parts relating to Northern Ireland.

“It’s not about if we implement the Withdrawal Agreement and the Northern Irish protocol, it’s how we implement it,” he said.

But the attempt to break international law caused alarm across the political spectrum, even in Britain. The bill is likely to face strong opposition when it is debated in Parliament next week.

The EU has said it will take legal action if the U.K. doesn't change course by the end of September.

Britain and the EU have jointly promised in the Brexit divorce agreement to ensure there are no customs posts or other obstacles on the Northern Ireland-Ireland border.

An open border underpins the peace agreement that ended decades of violence in Northern Ireland. Any hardening of the border could anger nationalists who want a united Ireland. But any new barriers to trade across the Irish Sea would rile Unionists who want Northern Ireland to stay British.

Britain says its law is intended to ensure there are no barriers to trade between Northern Ireland and the rest of the U.K. in the event that there is no deal with the EU.