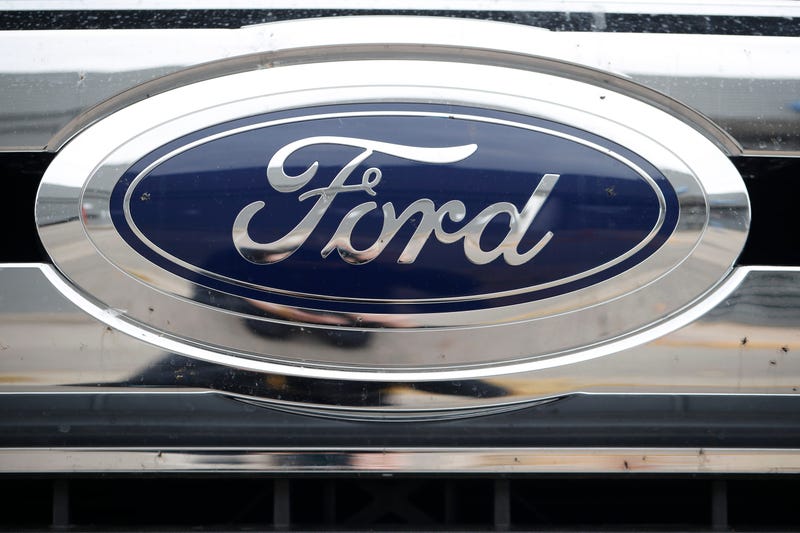 DETROIT (AP) — Ford Motor Co. posted results on Thursday that were not as grim as expected for its second quarter that saw its U.S. factories shuttered for half the period to combat the spread of the coronavirus and car buyers sheltering in place.

Ford reported a $1.12 billion second-quarter net profit, pushed into the black by a $3.5 billion gain on the value of its stake in the Argo AI autonomous vehicle operation.

Without the one-time gain, the company lost $1.9 billion, or a 35 cents per share. But that was far better than the $1.17 a share loss Wall Street had expected, according to FactSet.

A year ago, Ford posted a $148 million net profit.

The automaker's second-quarter revenue was down by about half from a year ago to $19.37 billion, which narrowly beat estimates.

Ford already was struggling before the pandemic hit and was in the midst of an $11 billion restructuring plan to control costs and roll out new vehicles. The coronavirus forced the company to close U.S. factories for more than seven weeks during the quarter. Analysts had expected over $5 billion in pretax losses.

But Chief Financial Officer Tim Stone said the company performed better than expected across the board during the quarter, allowing it to surpass expectations.

Ford, he said, had a “safe and effective and very productive” reopening of its factories in May, and vehicle shipments exceeded the company's estimates from just 90 days ago. Cost controls were strong, discounts were lower, and pricing and pickup truck sales were better than expected, he said.

If there are no meaningful changes in the current economic conditions, Ford expects a $500 million to $1.5 billion pretax profit in the third quarter, Stone said. But due to the cost of rolling out new products such as the new F-150 pickup, Ford expects a pretax loss in the fourth quarter and for the full year.

The company is so confident in its recovery that this week it repaid $7.7 billion on its $15.4 billion revolving credit line, and it ended the period with over $30 billion in cash. Stone said Ford expects to have $20 billion in cash or more during the second half of the year.

Still, Ford burned through $4.9 billion in cash to fund its automotive operations in the first half of the year.

After the numbers were announced, Ford shares rose 2.5% to $6.91 in trading beyond the closing bell.

Ford booked the gain on Argo AI on June 1 after detaching it from the main company. Stone said the self-driving vehicle unit is valued at $7.5 billion, with Ford and Volkswagen owning 80% combined.

Cornavirus restrictions forced Ford to close factories in the U.S., its most profitable market, from March 19 to May 18. The plants came back up about halfway through the quarter.

Stone said Ford's restructuring hasn't been stalled by the coronavirus. For instance, the company expects a $1 billion improvement in annual structural costs in Europe, including the reduction of 10,000 jobs in Western Europe, he said.

“I'm optimistic that we're well positioned for what lies ahead,” Stone said.

The whole auto industry was expected to struggle during the quarter as the pandemic cut into production and sales. General Motors lost a lower-than-expected $806 million. Japan’s struggling Nissan reported a $2.7 billion loss (285.6 billion yen) for the period. Electric vehicle company Tesla may wind up the lone exception because it managed a $104 million profit.