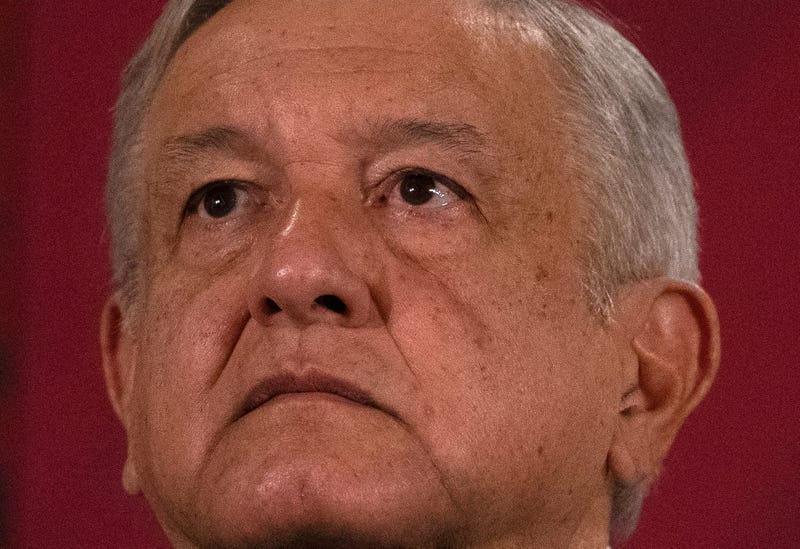 In his second state-of-the-union address Tuesday, López Obrador emphasized what he considers his major achievements: the fight against corruption and his government’s austerity.

“This government will not be remembered for being corrupt, our principal legacy will be cleaning up Mexico’s public life,” he said. “The republican austerity is a reality, there are no longer luxuries in the government.”

The president also noted the challenges facing his administration, including the pandemic and the struggling economy, but gave his positive take. Mexico will emerge from the pandemic with a better public health system and his economic strategy relying on direct support to those most in need is beginning to bear fruit, he said.

He still gets 52% support for a coronavirus policy that amounts to little more than damage control with as little testing as possible and almost no contact tracing or mandatory lockdowns. It focuses instead on expanding the number of hospital beds.

“The handling of the pandemic has been tremendously bad,” says Luis Miguel Pérez Juárez, a political science professor at the Monterrey Technological university, calling it “a joke” that the president almost never wears a mask.

The honeymoon for Mexico's “teflon” president is clearly over and he no longer has the near sky-high approval ratings he once had. But according to a Reforma newspaper poll published Monday, López Obrador still has a 56% approval rating; that's down from a peak of 78% in March 2019. The in-person poll had a margin of error of 4 percentage points.

“Nobody has been able to hold him to better accounting on the real numbers” of coronavirus cases which are much higher than official figures because of a lack of testing, said Federico Estevez, a political science professor at the Autonomous Technological Institute of Mexico.

“The people clearly recognize that things aren’t going well, in the economy, on the streets,” Estevez said, while noting that López Obrador still has majority support. “It doesn’t hurt him.”

Nor has López Obrador's anti-crime strategy been working; homicides are stuck at around 3,000 per month in this nation of almost 130 million inhabitants, about the same level as seen during the last two years. Drug cartels continue their bloody turf battles, and cocaine flights and fentanyl pill exports continue.

López Obrador hopes his main legacy will be going after corrupt politicians who stole hundreds of millions of dollars in past administrations.

A lurid series of leaked videos and testimony in recent weeks has reinforced what most Mexicans have long thought — that former administrations were full of crooks — but they provide little legally admissible evidence. Most of the accusations, including videos of politicians handling suitcases full of cash, were made by a former state oil company director who himself hopes to avoid prison.

López Obrador “is using it very well, but the idea that this will allow him to get to the bottom and punish those responsible, I don't see that right now, ” said Jose Antonio Crespo, a political analyst at Mexico’s Center for Economic Research and Training,

In fact, 58% of those surveyed in the Reforma poll did not think the corruption cases would lead to any concrete results, while only 28% thought suspects would go to jail.

But with nothing to brag about on the economic front — GDP dropped 18.7% in the second quarter — the anti-graft campaign may be a key part of López Obrador's strategy for the 2021 midterm elections, in which he hopes to hold on to his bare majority in congress and win more governorships for his Morena party.

“This will be the central campaign strategy for 2021, to make the main issue the past, not the present," said Crespo. “The past of corruption in neo-liberal administrations that he is fighting, and not the present of unemployment, poverty, coronavirus deaths, drug gang violence; the present where there isn't too much to brag about.”

With government funds less available next year due to the economic collapse, López Obrador may compensate for reduced government largesse by turning more nationalistic, on a route like that taken by populist governments in Poland and Hungary, Estevez noted: blame the “cosmopolitan elite” or foreign interference.

López Obrador has already given signs of that. Last week he accused environmentalist and Indigenous rights groups of being paid by foreign foundations to oppose his “Maya Train” project, a costly and barely feasible project to connect beach resorts, Mayan towns and archaeological sites on the Yucatan peninsula.

Like his construction of a massive oil refinery — at a time when oil prices are low and most countries are turning to renewables — the train has sparse domestic support, and has raised the ire of some Mayan communities.

But criticizing foreign influence is popular in Mexico. Recently enacted laws banning sales of junk food to minors have been carefully crafted to target U.S. companies' snacks and soft drinks, while exempting many calorie-laden Mexican treats.

“We’re going to be heading toward straightforward appeals against the cosmopolitan elite,” Estevez said. “In a crisis you go nationalistic, that’s been a Mexican tradition.”