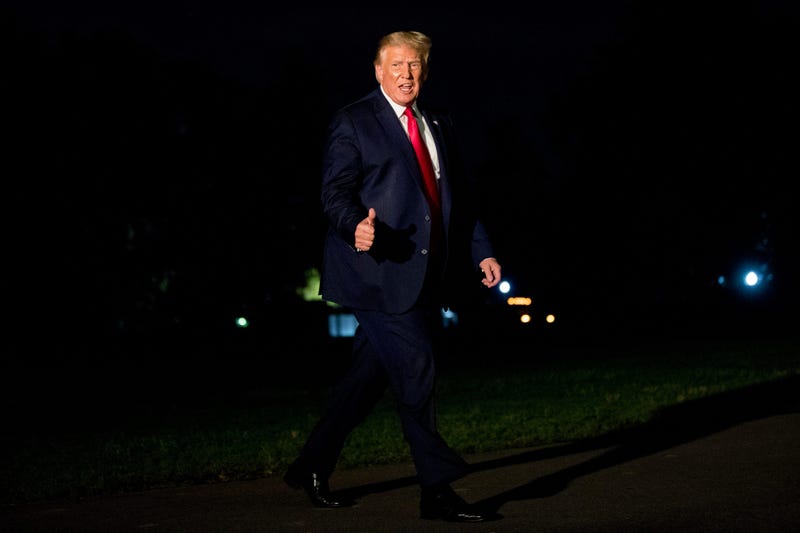 Photo credit President Donald Trump gives a thumbs-up to members of the media as he walks across the South Lawn as he arrives at the White House in Washington, Sunday, Aug. 9, 2020, after returning from Morristown, N.J. (AP Photo/Andrew Harnik)
By The Associated Press

WASHINGTON (AP) — President Donald Trump said Monday that his acceptance speech for the Republican presidential nomination will be held at either the White House or the Gettysburg battlefield.

“We have narrowed the Presidential Nomination Acceptance Speech, to be delivered on the final night of the Convention (Thursday), to two locations - The Great Battlefield of Gettysburg, Pennsylvania, and the White House, Washington, D.C.,” he tweeted.

He tweeted that a decision on the location of the Aug. 27 speech will be made soon.

Both sites are federal property raising legal and ethical issues for their use in a political event. The Civil War battlefield in Pennsylvania could also resurface the president’s defense of monuments to heroes of Confederacy.

Trump’s original plans to address the convention in Charlotte, North Carolina, and Jacksonville, Florida, were upended by the coronavirus. Now almost the entirety of the convention will be conducted virtually.