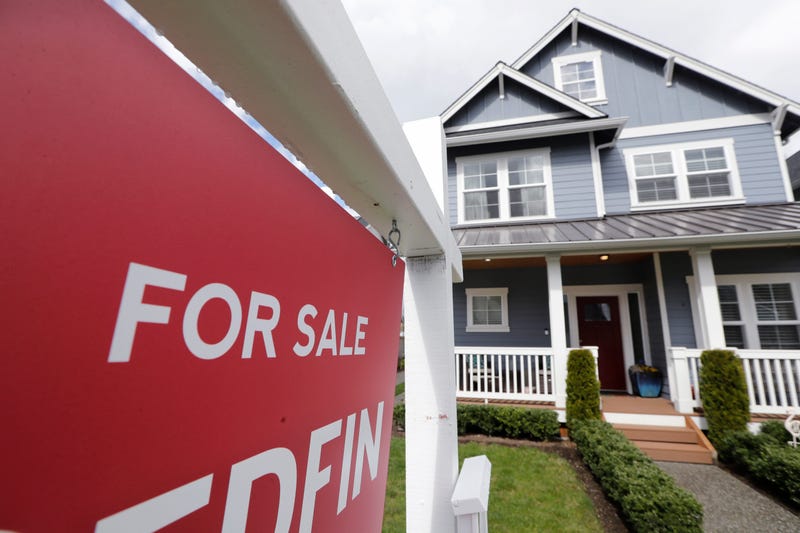 Photo credit FILE - In this April 1, 2020 photo, a "For Sale" sign stands in front of a home that is in the process of being sold in Monroe, Wash., outside of Seattle. Americans stepped up their home purchases in June, clawing back some of the losses after the pandemic had caused sales to crater in the prior three months. (AP Photo/Elaine Thompson, File)

BALTIMORE (AP) — Americans stepped up their home purchases in June by a robust 20.7% after the pandemic had caused sales to crater in the prior three months. But the housing market could struggle to rebound further in the face of the resurgent viral outbreak and a shrinking supply of homes for sale.

Sales of existing homes rose last month to a seasonally adjusted annual rate of 4.72 million, the National Association of Realtors said Wednesday. Despite the sharp gain, purchases are still down 11.3% from a year ago, when homes had sold at an annual pace of 5.32 million. And Lawerence Yun, the Realtors' chief economist, noted that sales remain roughly 20% below their pre-pandemic levels.

At the same time, housing has managed to avoid a deeper slump from the severe recession caused by the coronavirus. Demand has remained strong among buyers who have managed to weather the downturn, while record-low mortgage rates have helped sustain affordability.

“Buyers are out in force, but new listings remain the key to housing’s recovery,” said Danielle Hale, chief economist at Realtor.com. "More sellers are needed before we’ll see year over year gains in home sales.”

The number of property listings has plunged 18.2% from a year ago to 1.57 million. It's the 13th straight month of shrinking supply on an annual basis. The shortage of homes makes it unlikely that the housing industry can significantly boost the overall economy.

Home buyers typically purchase new furniture and fix up older properties. Their ability to deliver such a spending boost is constrained if they can't find an available house. The limited supply is also forcing up prices just when many Americans are struggling with financial uncertainty because of the recession.

The combination of steady demand and falling mortgage rates has helped fuel a 3.5% rise in the median price of an existing home over the past year to $295,300.

Home sales rose in the Northeast, Midwest, South and West last month. But the increases were most dramatic in the West, with a 32% gain and the South with a 26% gain.