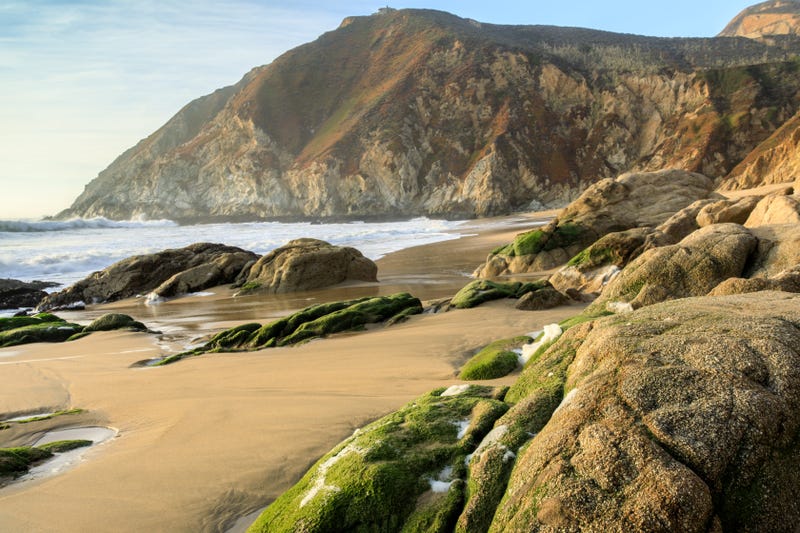 Photo credit Getty Images
By Tim Ryan KCBS All News 106.9FM and 740AM

Law enforcement officials say by and large the Bay Area seems to be abiding by the shelter in place order, but the coast remains a source of concern especially as the weather begins to warm.

The San Mateo County Sheriff’s Office says deputies wrote a handful of warnings to individuals Wednesday, all of them along the coast.

“When deputies stop to talk to somebody who appears to be in violation of the order, they have a good conversation and the person agrees to move along… I think it just goes to show that people will listen when they’re advised.” says Lt. Stephanie Josephson. “There’s been very few instances where someone did have to be written up and so far we have not cited anybody. That is an option, it’s not anything we want to do.”

Concerns of crowds along the coast have prompted Santa Cruz County officials to close the county’s parks and beaches for one week starting at 11:59 p.m. Wednesday. It will last through Apr. 15 and includes a countywide ban on surfing.

People violating the order could face a misdemeanor with fines of up to $1,000. "Unfortunately some visitors and community members are treating this extraordinary crisis as a holiday," said Santa Cruz County Sheriff Jim Hart.

On the other end, some civilians may have been cracking down too hard on possible shelter in place violators. Lt. Josephson says San Mateo County has been receiving reports of possible violations to 911.

“We encourage people to first of all think about whether or not calling the police is really the best thing to do in the circumstance. If you see somebody who you think is violating the order, are you sure they are? Maybe it’s just a big family that’s all going on a walk together, something like that,” says Lt. Josephson.

If you do see something that concerns you, officials ask you to report it to your local police agency.