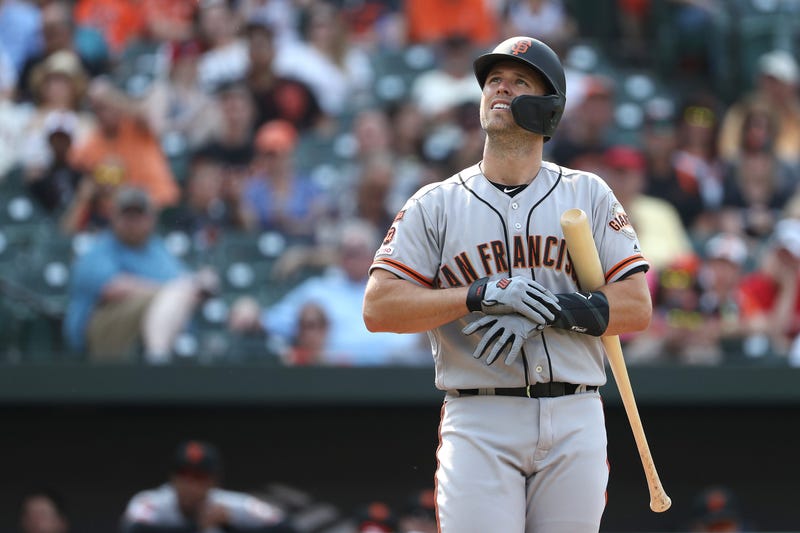 In a day that saw San Francisco Giants fan favorite Buster Posey opt out of the coronavirus-shortened 2020 season, Team President and Chief Executive Officer Larry Baer said he still believed the league has "a real chance to bring the fans some joy through their television sets and radio."

Posey became the latest big-name player to skip the season because of concerns over the ongoing coronavirus pandemic.

In making the announcement, Posey said his family finalized the adoption of identical twin girls this week, both born prematurely. Posey revealed that after consultations with his wife and doctor, he decided to forgo the season in favor of safety for this newborn daughters.

"This is a very difficult situation and our hearts go out to the community, and everyone in society globally that is dealing with this," Baer told KCBS Radio’s Jeff Bell and Patti Reising. "It’s very difficult to make it work for any of the leagues, but I think that the protocols that baseball has taken, the central protocols, there were some glitches early, but we seem to be working pretty well now."

Major League Baseball announced the latest intake screening test results for players Friday, showing a 1.8% positive test rate for COVID-19. Fifty-eight of those testing positive for the virus were players, while eight were staff members.

When combining the league’s intake and monitoring testing numbers, positive tests came in at 83 total - just 0.7% of the 11,149 tests performed dated back to June 27.

Many players, managers and executives have questioned the safety of returning while cases spike nationwide.

"This was a personal decision and we have so much respect for Buster and (his wife) Kristen, (we’ve) been with them for 12 years," Baer said. "Frankly, any player that had this situation, this is their decision and we respect it."

Earlier this week, Dr. Anthony Fauci, director of the National Institute of Allergy and Infectious Diseases and visible member of President Donald Trump’s Coronavirus Task Force, joined KCBS Radio’s "The State Of California" podcast, expressing his confidence that Major League Baseball could complete a season that ensures that health of players and staff.

"It looks like right now it is on the track of doing the kind of shortened and abbreviated season that they're aiming for," Dr. Fauci said. "I mean, I hope that they do it and they do it successfully."

Dr. Fauci, however, believes further challenges lie ahead as the NFL gets its season underway because of the high-contact rate for football players during games.

Chicago White Sox pitcher Michael Kopech also announced he’d be opting out of the virus-shortened season Friday, joining Los Angeles Dodgers star David Price and Atlanta Braves outfielder Nick Markakis, who previously said they’d be missing the season as the pandemic’s grip on the country continues. Yearly MVP candidate Mike Trout has said he's considering opting out as he and his wife prepare for the birth of their first child, but has not yet made a decision.

Answering Your Questions About the Return of Baseball