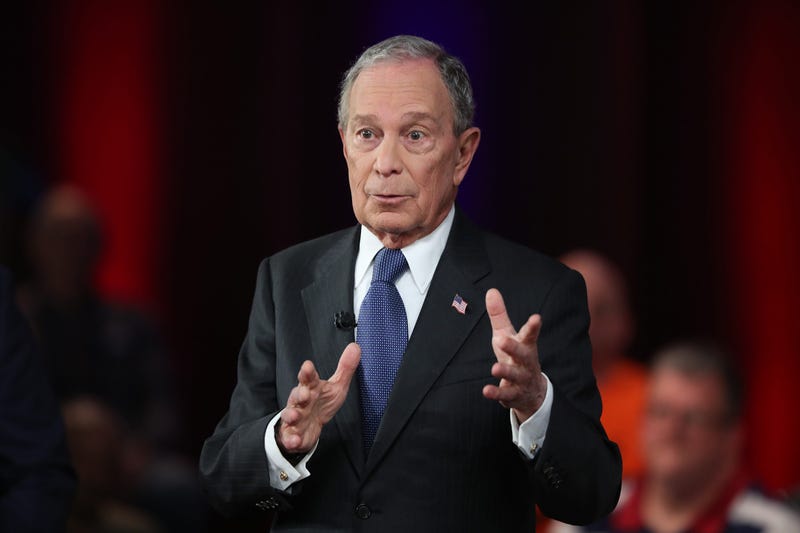 As fears mount over the spread of the coronavirus and several people in the U.S. have now died from the outbreak, Mike Bloomberg tells KCBS Radio the federal government has mishandled the crisis.

“We’re just not prepared for this,” said the former New York City mayor as he hopes to succeed in California and other states voting in the Democratic primary on Super Tuesday.

Bloomberg said that health data standards vary from state to state, making it tough to track the virus that has infected more than 300 Americans by Tuesday.

“Every state in this country reports differently and they don’t coordinate,” said Bloomberg who skipped the first four states to vote in the Democratic Party's nomination process. “And the mistake that Trump made is he fired all the pandemic experts a couple years ago, and then he’s had a massive exit of scientists and doctors.”

In addition to conflicting reports coming from different state and local agencies, Bloomberg said the White House is contributing to the misinformation. That is why Bloomberg said the Centers for Disease Control and Prevention and the National Institutes of Health should be taking the lead.

“You should not look to, for example, Michael Pence who Trump put in charge. Pence said not that long ago, cigarettes have nothing to do with cance. You don’t want to turn this over to someone who doesn’t understand science. And I think it’s fair to say that the president also doesn’t. He called this a Democratic hoax.”

Bloomberg said his mayoral experience has shown him how important it is to prepare before an outbreak even begins.

“What we did in New York is what the country should have done. We practiced. How do you communicate with people? We practice. How do you help seniors who aren’t mobile and living alone, how do you get to them? We practice," said Bloomberg.

The candidate spoke to KCBS Radio during a campaign stop in Florida, where he is preparing for the first real test of his campaign: Super Tuesday.

“We’ve had 10 weeks to put together a campaign from scratch and I think we’ve done an amazing amount,” he said. “Let’s see what happens today; I’m looking forward to it.”

“It doesn’t change anything. I’ve always thought I’m not running against anybody, I’m just trying to explain why I could beat Donald Trump and why I could run the country… I’ve played catch-up all my life. It’s more fun than if you’re ahead and looking over your shoulder.”