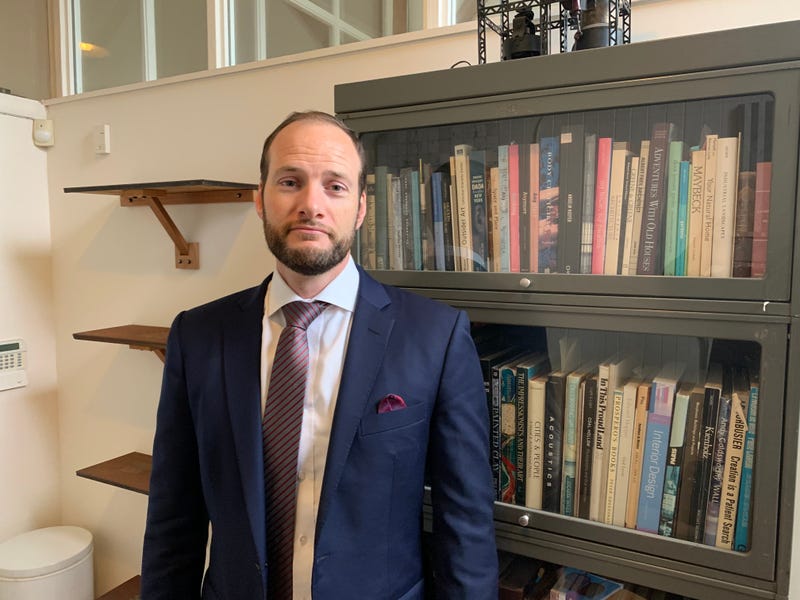 December 13, 2019 12/13/2019 2:08 pm
KCBS Radio started this week with the story of a Berkeley homeless man named Michael Watkins — now a registered sex offender after being convicted of a very public act of lewd behavior.  In the final piece of our series “Broken Systems” anchor Stan Bunger asks if there are better ways to deal with street crime and habitual offenders. ​
You can read parts one, two, three and four online.

Where do we go from here?  Some people look at the Michael Watkins case and see the "criminalizing of homelessness."  Others see a habitual sex offender. His own grandmother sees a failed system that can't seem to find an answer.

"They're overloaded with people like him. They don't know what to do," said Dixie Holt, Watkins' grandmother of El Sobrante.

Look at this in dollars and cents: Watkins has cost Alameda County taxpayers hundreds of thousands of dollars. Look at it through the lens of the people exposed to his shocking behavior. You can look at it as a human tragedy — a man in his 30s whose life began in chaos and clearly hasn't gotten any better.

Watkins' paper trail includes arrests, convictions, stay-away orders, jail time, probation, and more. And nobody can say where it ends.

"When we are looking at behavior that has been classified as a crime, like this, I think that it would be more appropriate for society to treat that as a mental health problem, said Alameda County Deputy Public Defender Jeff Chorney.

That's up to the courts, but as O'Malley pointed out, "To my knowledge, he has not been evaluated by a sex offender treatment provider."

Mental illness clearly is a component in many criminal cases. San Francisco's been running a Behavioral Health Court for nearly 20 years, trying to divert defendants into treatment.

The idea is to treat the underlying mental illness so people can move forward. The Behavioral Health Court claims 75% of those who complete the program avoid arrest over the next two years.

But another number stands out: the program only graduates a couple of dozen people a year.

Plenty's been said and written about the new state law that lets cities like San Francisco become legal guardians of people with mental health and substance-abuse issues.  It's controversial. And it's also clearly not the answer for people like Michael Watkins.

"People who are sleeping in their own excrement, people who are running out in the middle of the street, screaming at cars," said State Senator Scott Wiener, who authored the legislation allowing a limited trial of the conservatorship approach.

Across America, the argument is being made that arresting and locking people up is the wrong way to go.

But how does philosophy translate into action when it comes to a specific man and his behavior?  It's not as if the system is unaware of Michael Watkins.

The woman whose attorneys keep prosecuting him wonders if a roof over his head might help.

"If a person is unhoused and they have issues, legal issues as well, would it change if we could get them housed and get them stabilized?," wondered O'Malley.

Nobody would disagree with this statement: Michael Watkins needs a lot of help. It's pretty clear he's not getting it from the systems that by now, know him well.