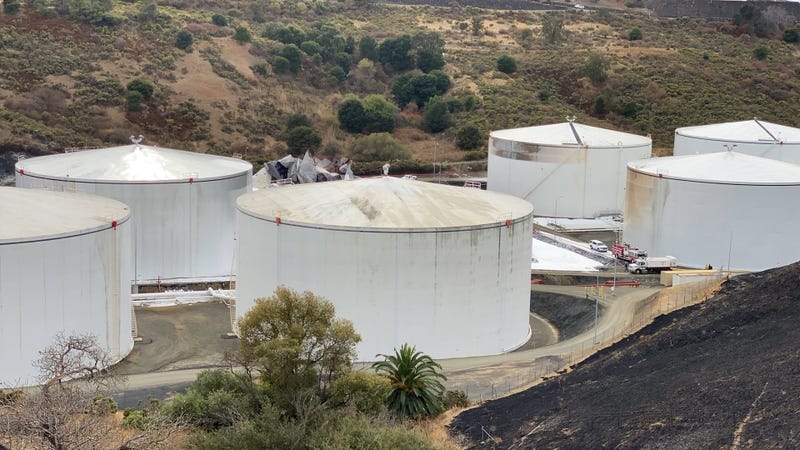 When firefighters rolled up to the flaming NuStar fuel storage facility in Crockett this week, they found the gates locked and no one around to immediately tell them what was on fire, according to an official briefed on the incident.

It was just one of the delays in responding to Tuesday's chemical fire that triggered shelter in place for several nearby towns and shut Interstate 80 for hours.

“What we don't know is whether they felt at risk for their lives and their safety, so all of this had to get looked at in the investigation,” said Contra Cost Supervisor John Gioia said. “But the fact that personnel from NuStar left without activating the fire suppression is just a piece of information that needs to be considered. Whether they had cause to do that we don’t know until the investigation is done. ”

NuStar said the explosion and fire happened so quickly that the suppression equipment was inaccessible at first. The company also claimed that its workers are well-versed in what's in the tanks. The problem on Tuesday was just a matter of identifying which tanks were on fire.

Investigators may take months to determine the fire's cause. The plant was shut while state investigators review the incident.

Meanwhile, Gioia says there are 16 similar fuel tank farms in Contra Costa County that are not on the grounds of a refinery. That means they don't fall under the same kind of safety rules as refineries.

According to the Bay Area Air Quality Management District, there are 38 of these tank farms dispersed in the Bay Area including Fremont, Brisbane, Oakland, Mountain View and San Jose.