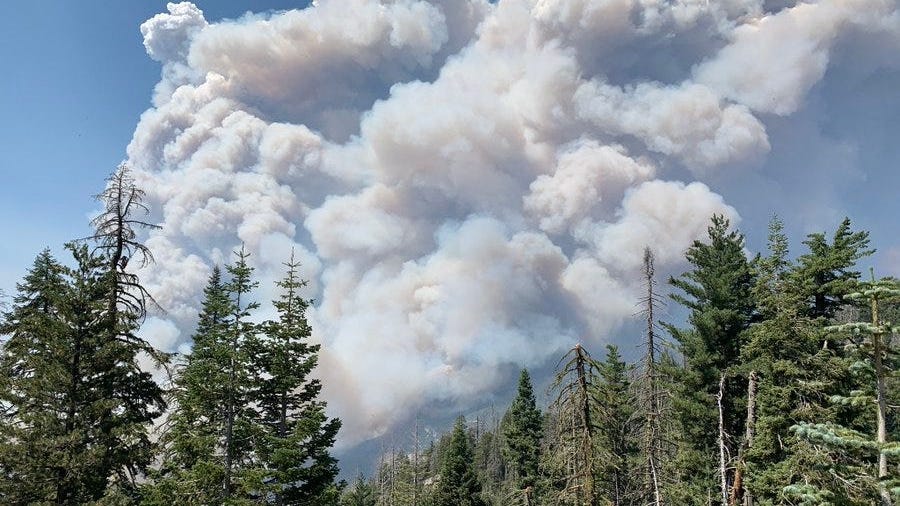 Without a large evacuation center because of the pandemic, Butte County officials are spreading out North Complex evacuees at hotels as far away as Sacramento and Red Bluff.

For many of the people who have fled their homes, memories of past evacuations are still on their minds.

He has heard from neighbors that his home is still standing.

"I feel like I’m one of the lucky ones. I pray for those that have lost their things," and their loved ones, he said. The fire has decimated the town of Berry Creek.

He is staying in an RV at the fairgrounds in Gridley, but because of the pandemic most of the people who come to this temporary evacuation center are being set up in hotels.

Others like Melissa Najera of Paradise bypassed the centers and went straight to the Walmart parking lot in Chico, which served as a major evacuation site during the 2018 Camp Fire.

The family is spending the night in their RV, which is a familiar experience. "I spent 362 days in this thing. And I finally bought a house like three, four, five days ago," she said.

Her new home in Paradise is not under evacuation orders, but after being stuck in traffic trying to flee Paradise two years ago and thick smoke in the area, she decided not to take any chances.

"I can’t trust my luck like last time and wait to be gridlocked. And I decided to come down here and tonight we’re spending the night because we don’t want to be in the smoke. Children with allergies, autism - doesn’t work," she said.

A choice that many in Paradise made.