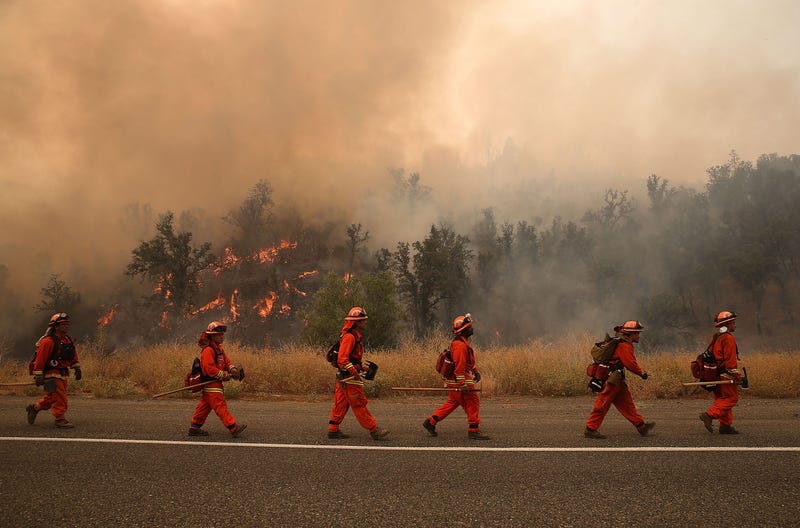 Thousands of California inmates are on the frontline of the state’s wildfires each year.

"When they are inmates and they’re putting their lives on the line they are called heroes," said State Assemblymember Eloise Reyes. "We read about it in the paper about all the hundreds of millions of dollars that the state of California saves because of inmate firefighters, and about the property and the lives that are saved because of the work of inmate firefighters. But the moment they complete their term, you would think that there would be something different, some other opportunity and there absolutely is not."

Convicted felons are unable to apply for an EMT license, which is required by the vast majority of fire agencies in the state, meaning they are unable to use their skills and experience to get a job as a firefighter.

That is why Reyes, who represents San Bernadino, has introduced AB-2147. The bill would speed up the process of expunging a criminal record so that formerly incarcerated men and women can apply for an EMT license.

"It doesn’t guarantee a job. They will compete with anybody else who is applying for the job. But at least the door has not been shut on them," said Reyes. "So it isn’t an easy process, but it is a process that gives hope."

Critics, which include some firefighting organizations, say that there is already a process for felons to have their records expunged and worry about making that process too easy. They say that because EMTs and firefighters enter people’s homes and respond in highly vulnerable situations, it is imperative that they have the public’s trust.

Reyes said she has made some changes to the bill to address the Professional Firefighters Association’s concerns.

The bill has passed the Assembly floor and moved to the State Senate’s Public Safety Committee.

sports
Texans coach Crennel confirms Houston could be seller at NFL trade deadline
news
3 muertes, 121 casos confirmados de COVID-19 tras brote en reunión de iglesia
news
Fauci says you may have to ‘wait several months into 2021’ for COVID-19 vaccine
music
Billie Eilish on quarantine: 'If we get the orange man out, maybe we’ll get to see each other again'
music
Drake served up Mac n Cheese with raisins for his birthday, and nobody is here for that
music
Kanye West tells Joe Rogan why his message is misunderstood: 'It’s not a rant. It’s a symphony of ideas'