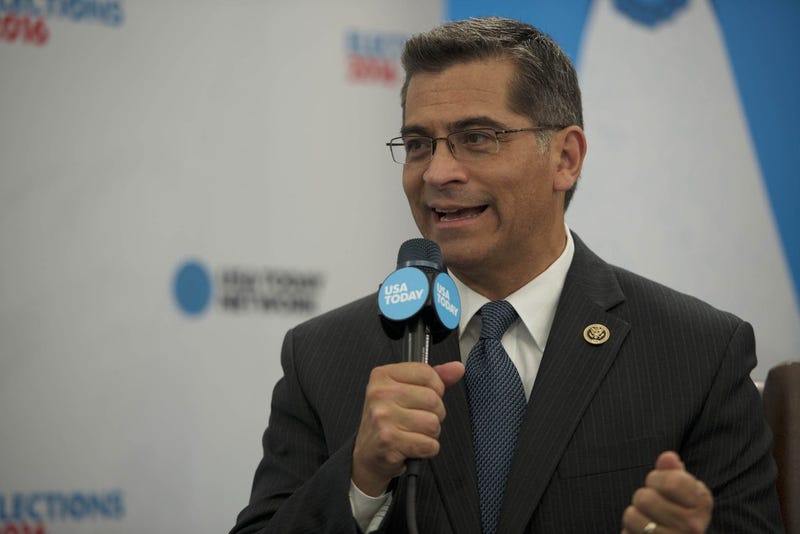 Photo credit Imagn/USA Todayn
By Rebecca Corral KCBS All News 106.9FM and 740AM

May 6, 2020 05/06/2020 4:13 am
California's Attorney General filed a lawsuit Tuesday against Uber and Lyft accusing the ride-hailing companies of illegally treating drivers as independent contractors, the suit claims the classification deprives drivers of benefits like minimum wage and other worker protections.

The lawsuit, brought by the state attorney general together with the city attorneys of San Francisco, Los Angeles, and San Diego, is asking the court to force Uber and Lyft to immediately reclassify drivers as employees.

"In California, those who drive for Uber and Lyft lack basic worker protection, from paid sick leave to the right to overtime pay,” said Attorney General Xavier Becerra, “(they) claim that their drivers aren't engaged in the company’s core mission and cannot therefore qualify for benefits, we say otherwise.”

Becerra said the pandemic has underscored inequities in the gig economy.

“If drivers in California contract coronavirus, or if they lose their job as a result, they are the ones who have to worry how they’ll pay their bills, what they’ll do in the future, how they’ll survive moving forward economically,” said Becerra.

A Lyft representative tells KCBS the company is looking forward to working with state leaders to "bring all the benefits of California's innovation economy to as many workers as possible." Uber, however, plans to fight the lawsuit.
Justice Ruth Bader Ginsburg Undergoes Gallbladder Treatment