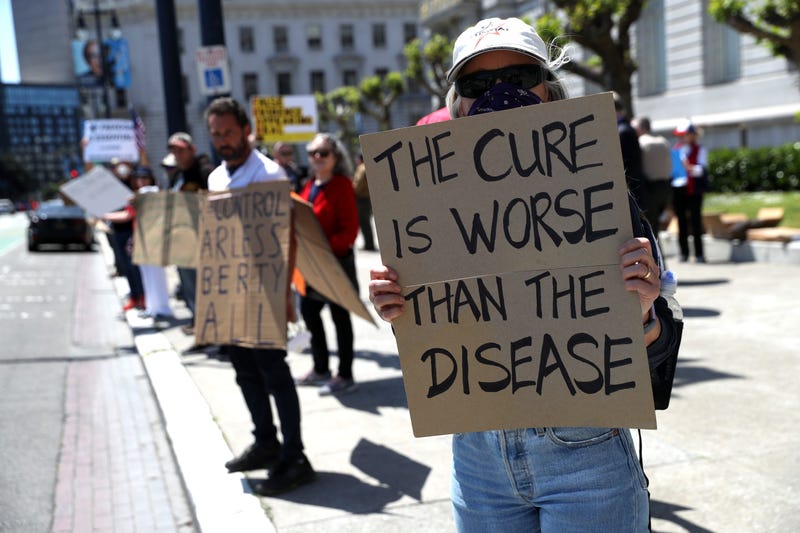 Gov. Gavin Newsom is expressing his greatest optimism yet the state is close to relaxing its shelter-in-place rules, insisting he is not giving in to pressure from lawsuits and protesters.

There was grim news Friday as the state has officially topped 50,000 cases of COVID-19 now and 2,000 deaths. There are some encouraging signs and a continued flattening of the curve, with fewer people hospitalized and in the ICU.

It means, Gov. Newsom said for the first time, that he could modify the shelter-in-place restrictions in a significant way, sometime next week.

— Office of the Governor of California (@CAgovernor) May 1, 2020 "We’re getting very close to making really meaningful augmentations to that stay-at-home order," Gov. Newsom said. "We are, always said, weeks not months about four or five days ago, I want to say many days, not weeks as long as we continue to be prudent and thoughtful in certain modifications, we will be making, I think, some announcements."

Gov. Newsom said if people behave themselves and don’t crowd beaches this weekend, those announcements could come as soon as Monday or Tuesday.

"We’re not ideological, we’re open to argument," Gov. Newsom said. "We’re interested in evidence and the evidence is bearing out that we’re seeing some good things, but still some yellow flags of caution."

Those flags could turn back into red flags if Californians drop their guard and stop social distancing.

Newsom Sees Light On The Horizon For Stay At Home Orders