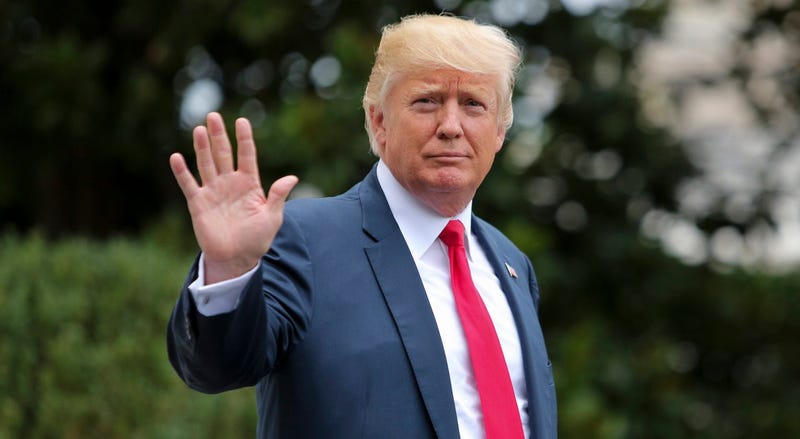 The California Supreme Court has struck down a law that aimed to force President Donald Trump to release his tax returns.

The state’s highest court ruled unanimously Thursday against the law requiring presidential candidates to release at least five years of income tax returns in order to appear on the California primary ballot.

It was signed into law by Governor Gavin Newsom earlier this year and was challenged in court by the California Republican Party.

All seven justices agreed that the law was unconstitutional, clashing with an amendment approved by voters in 1972 that mandates the primary ballot include all "recognized candidates throughout the nation or throughout California."

Trump has refused to release over his tax returns, breaking with a modern tradition among presidential candidates that dates back to Jimmy Carter. He has said his lawyers have advised him not to release the tax returns because he is subject to an IRS audit.

Chief Justice Tani Cantil-Sakauye wrote that the Legislature does not have the authority to contravene the constitution’s “rule of inclusivity.”

Former Governor Jerry Brown agreed when he vetoed a similar bill in 2017, writing in his veto message that not only was it likely unconstitutional but could lead to a slippery slope.

“Today we require tax returns, but what would be next? Five years of health records? A certified birth certificate? High school report cards?" Brown said. "And will these requirements vary depending on which political party is in power? A qualified candidate's ability to appear on the ballot is fundamental to our democratic system.”

Loyola Law School professor Laurie Levenson says state lawmakers and the governor likely predicted the court’s ruling. “It does sound like it was an effort that nobody had a lot of confidence in, and in that way it may have been symbolic and it may have been a message for what they want to do in the future.”

There are other ongoing efforts to gain access to the president’s financial records.

“Don’t forget however, we have ongoing investigations of the president both in New York and with Congress,” says Levenson. “Those are other avenues where they’re waiting to get those tax returns.”